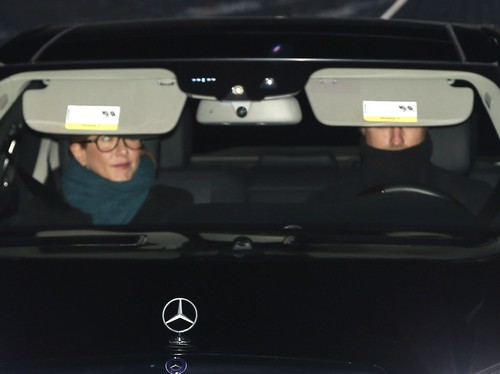 Gawd, I wish we could just put Jennifer Aniston and Justin Theroux out of their misery already. It’s becoming more and more apparent to everyone that they don’t seem all that happy together, and they’re likely only staying together to leverage their breakup for maximum publicity.

A new issue from Star Magazine claims that after spending Thanksgiving apart, Jennifer and Justin are nearing the end of their relationship, with both of them living apart and barely seeing each other. Even though Justin’s HBO TV show doesn’t start filming in NYC until February, he still seemed to find a reason to spend the holidays away from Jennifer, with Star’s source adding, “They do have things called ‘planes’. You’d certainly think it would’ve been important for Justin to join Jen for the holiday – or just as important for Jen to be with Justin if he was with his family.”The source also adds, “They’ve actually been fighting like crazy behind the scenes for a while now… they’re such different people, kind of an oil-and-water couple. Lots of people wonder if their engagement is even the real thing.”

Apparently, Justin has started reconnecting with his ex, Heidi Bivens, while in NYC. Considering that Jennifer’s rarely there with him, it’s probably easy for him to get in touch with Heidi and see her every so often. Apparently, neither Justin nor Heidi truly stopped ‘loving each other‘, and after Justin breaks it off with Jennifer, the report claims that he’s going to go back to Heidi.

What do you guys think? Are Jennifer and Justin truly about to break up? Do you think they will last past the December holidays? Let us know what you think in the comments.