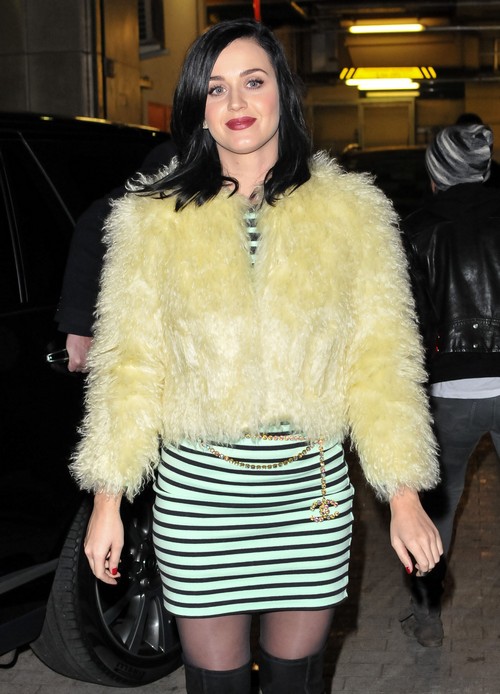 Katy Perry‘s love life continues to make headlines, although this time it’s of her own doing. Katy recently covered the latest issue of Marie Claire Magazine and opened up about her relationships with both ex-husband Russell Brand and current boyfriend John Mayer.

She also reveals that the reason they broke up last March was because she was still dealing with issues from her divorce to Russell Brand, explaining, “I still needed to deal with all of my ex-husband stuff. I hadn’t. It’s almost like if I kept talking about it, it would seem like I actually cared about it. I don’t. [Russell] really wanted me to have children, and I knew I wasn’t ready. I think it was a way of control. I think it was part of, ‘If I have a kid, then I would have to sacrifice – I’d have to be home more.'”

She pretty much confirms the rumors that were circulating around the time of the divorce – the rumors that stated that Katy and Russell’s breakup was mainly focused on him wanting children, but her wanting to focus on her career. It’s often a point of contention in many relationships, not just celebrity ones. Of course, all the issues are blown up with celebrities, what with the media intrusion and fan speculation. Alas, it definitely seems like Katy’s more in a steady relationship phase of her life now, and I wouldn’t be surprised to see her getting engaged and married to John next.