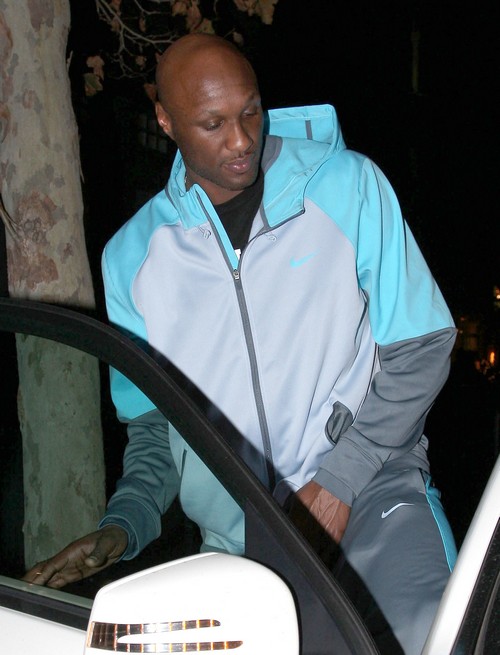 Lamar Odom might have assumed that he could get away from his DUI unscathed, but that didn’t exactly work out for him. According to reports, Lamar pleaded no contest to his DUI charge in court on Monday, which means he struck a deal with prosecutors and will be doing three years of probation to avoid jail time. He’s also going to be forced to complete an alcohol education class by next year, although I doubt that it will do any good.

Obviously, he also had his license suspended after refusing to submit to a blood test upon his initial arrest, and he’ll also have to pay a few thousand dollars worth of fines.

As for his current status, sources close to Lamar say he is trying his best to remain sober, although he’s definitely had some recent lapses. Unfortunately, it also seems like his marriage to Khloe Kardashian is all but through, which might actually be better for him in the long run. If he continues to stay sober, he’ll reportedly be given a chance to rejoin the Clippers, although it’s not guaranteed.

Lamar’s had a tough couple of months, and addiction’s not an easy thing to deal with. That being said, he would be better off attending rehab instead of staying in Los Angeles and staying in touch with his usual group of friends. There are too many distractions and negative influences in LA, and no matter how long he stays sober or how hard he tries, he’s very likely to relapse.