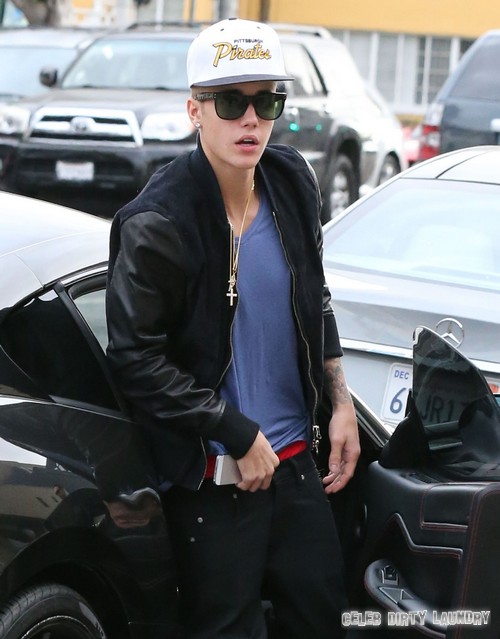 Justin Bieber is not exactly known for being polite, but I don’t think anyone realized that he would treat his own fans this way. According to reports coming in from Australia, Justin was seen calling one of his fans a ‘beached whale’, leaving her in tears and devastated.

Eyewitnesses at Perth’s Hyatt Regency hotel claim that Justin had been spotted on the pool deck, and that he ended up verbally abusing one of his fans. The witness explains, “There were four young girls in bikinis. One girl who was gorgeous looking, with long dark hair and would have been about a size 14. Justin looked over at her and said ‘What are you, Hawaiian or something?’ She said ‘No, I’m not’. Then he said ‘You look like a beached whale’ … The girl said ‘Are you serious’ and he said ‘You should go on The Biggest Loser.’ And there was silence. It was almost like his security were used to it.”

Well, of course his security is used to it. This is just another day in Justin’s world. Sources even claim that despite the girl’s devastation, Justin and his posse were heard laughing about it. Justin’s ego is at such a point that nothing can bring him back down to earth, and it’s just as well. Soon enough, he’ll have no fans left, not if he insists on treating them like this. He’s also prone to cancelling concerts on a short notice and yelling at fans for no reason. With his behavior, it’s actually a shock that he’s even bankable anymore.

What do you guys think about Justin’s comments? Do you think he will eventually have to face the repercussions of his recent behavior? Or will he eventually grow out of it? Let us know what you think in the comments.