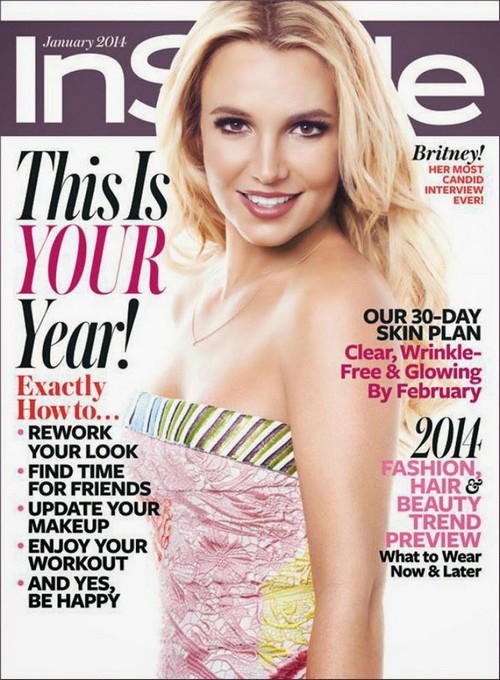 Britney Spears covers the latest issue of In Style Magazine, and she admits something that pretty much everyone already suspected: that she got lip injections.

She says it very casually too, which means she either doesn’t care [likely] or she thinks getting lip injections doesn’t necessarily constitute plastic surgery [less likely]. She explains, “A doctor I see, Dr. Kanodia, does fun stuff to me sometimes — I’ve had lip injections before. He has this peptide-based face-care product; it’s green and slimy, and you mix it together and put it on your face. It does wonders. You leave it on overnight.”So casual, right? She just slips it in there and then moves to face-care as if it doesn’t matter. What’s even more ironic is what she says after, when she adds, “It’s cruel how the world puts so much emphasis on our looks.” And yet, here is she is, giving into the pressure and getting lip injections. I mean, to each their own, and I guess it’s actually a refreshing change to see a celebrity admit that she does get plastic surgery.

However, where the interview starts to unravel is when Britney starts defending Kim Kardashian. I get that Britney is very empathetic when it comes to paparazzi torture, but she doesn’t realize that Kim calls the paps on herself. As much as Britney went through, she never asked for any of it – she just had the misfortune to be one of the biggest pop sensations of the decade. But what did Kim do? Nothing. She did nothing apart from making a sex tape, and then call the paparazzi just to complain about them.

What do you guys think about Britney’s comments? Let us know your thoughts in the comments.