The Hobbit: The Desolation Of Smaug Movie Review 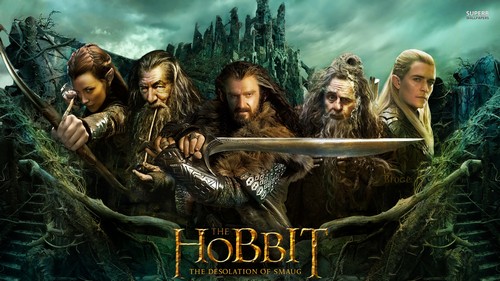 The Hobbit: The Desolation of Smaug releases this weekend, making boatloads of money and creating buzz. But is it any good?

When it was first announced that Peter Jackson was returning to direct The Hobbit after helming the Lord of the Rings franchise to critical and financial glory, fans were ecstatic at the news. Of course, the Hobbit was to be one movie back then. Now, the tiny children’s book has been stretched into three over-long and bloated stories than barely sustain a pace and narrative. But alas, Jackson tries. He really, really tries.

While the first Hobbit movie, An Unexpected Journey, was a massive, massive bore, The Desolation of Smaug actually picks up the pace a little bit. It’s no longer filled with twenty minute dinner songs and pensive conversations set against the backdrops of mountains. No, there’s actually exciting action sequences in this one, and the plot moves.

But of course, even that’s not enough to save the movie. Instead of being a massive, massive bore, it’s just a massive bore. The dragon sequence is worth the price of the movie, but apart from that, there’s really nothing to look forward to. And not only that, but the movie ends on another damn cliffhanger. What is the point of a cliffhanger ending in the first movie, if you’re just going to do it again in the next one? Yes, Lord of the Rings did it, but I think we already established that the Hobbit is definitely not the Lord of the Rings. There simply isn’t enough material to sustain these [very long] movies, no matter how much extra material Peter Jackson adds to the stories.

What do you guys think? Did you enjoy The Desolation of Smaug? Let us know in the comments.