Kim Kardashian Wants To Have Three Children With Kanye West 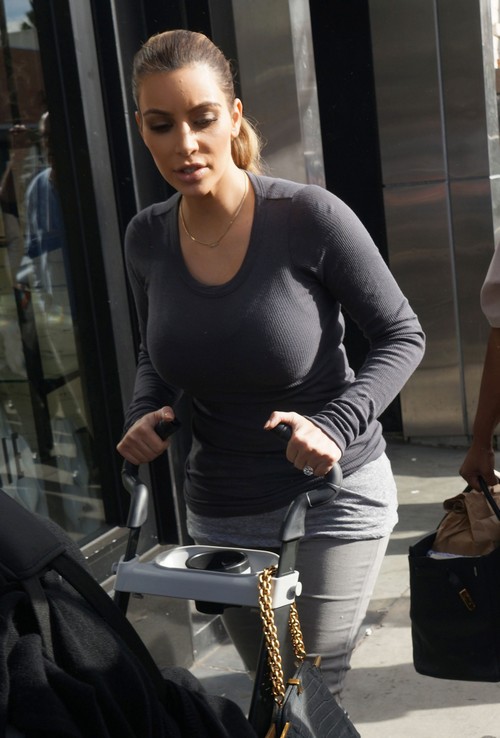 Kim Kardashian is following in her mother’s footsteps, in more way than one. According to Kim’s recent Q & A session with fans on Mobio INsider, she revealed that she wanted to have three children with Kanye West in the next decade. She wrote, “In 10 years I see myself raising a family of 3 children possibly and just [loving] life my husband and [our] children.”

In the same session, Kim also gushed about Kanye, calling him her ‘best friend‘ and adding, “I love the Kanye you guys probably dont see so often. he always makes me feel safe and protected. We are best friends. thats all a girl would need forever. (sic)”

Well, putting aside the numerous grammatical and spelling errors, Kim seems very influenced by her own family. She wants to have a big family, just like her parents did – but of course, that would necessitate her staying with Kanye over the next ten years, and who actually believes that they’re going to last that long? Well, actually… they have surprised everyone by not breaking up yet, so maybe we shouldn’t bet against Kim’s clinging and famewhoring skills.

Besides those two responses to questions, Kim spends the rest of the session discussing how ‘awesome’ her family is and their Christmas vacation plans. It’s kind of a pathetic excuse for a Q & A session, but what else are the fans going to ask her? About her job? She has no job, unless you count pimping herself and her family out to the paparazzi and media. The only thing she CAN discuss is her family, since she has no other talents and that’s all people are interested in anyway.