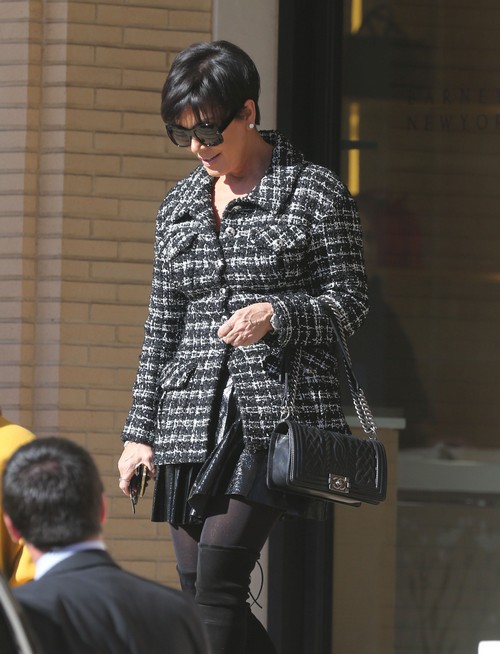 The momager from hell, Kris Jenner, has reportedly decided to create a spin-off reality show based on Khloe Kardashian‘s love life. Wait, didn’t she JUST get divorced from Lamar Odom? Yes, yes she did. But does that matter to Kris? Um, of course not.

According to several recent reports, Kris has decided to create a reality show based of Khloe’s newly single life and her quest for true love. Never mind that her heart is still broken and that she probably won’t be in an actual relationship again anytime soon. The source [who claims to be a Kardashian family friend] explains, “Kris is going to turn Khloe’s marital misfortunes into a huge profit. She wants to produce a reality based on Khloe’s new life as a single woman searching for love. She thinks it’s a fantastic idea and wants to start taping as soon as possible to capture all of Khloe’s raw emotions.”

See, not only does Kris not want to wait until Khloe feels better, but she actually wants to take advantage of Khloe’s ‘raw feelings’ right now. Man, Kris should be getting a Mom of the Year award for her caring and compassion, truly.

So who will be the first victim on this reality show, apart from Khloe? Well, Khloe’s rumored rebound boyfriend, Matt Kemp. Apparently, Kris doesn’t necessarily want to feature Matt heavily on the show because she wants the show to revolve around Khloe’s single life, not another relationship. If this show actually works out, I can already see Kris sabotaging Khloe’s relationships in the future for the sake of the ratings. She did as much for Kim [Kardashian], so why would it be any different for Khloe?