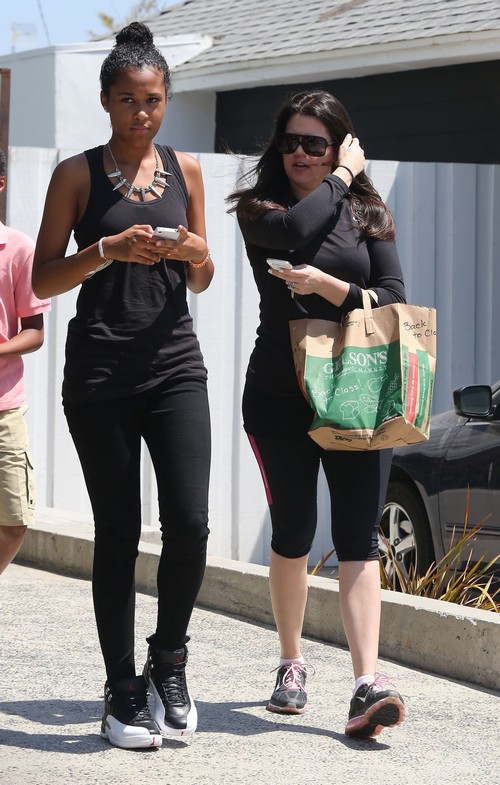 Most people forget that Lamar Odom already has a daughter from a previous relationship, Destiny Odom. Destiny rarely appears in the public eye, probably due to her dislike of the Kardashians. And never has her dislike been as apparent as it was recently, based on her public comments on Lamar’s divorce to Khloe Kardashian.

It was always obvious that Destiny didn’t particularly like the Kardashians, especially since she never joined in any family outings and pretty much refused to spend time with them. And now, it’s clear that she’s happy about the divorce and is hoping that her father stays far away from Khloe. She wrote on her last.fm page, “No one thought they were going to last, so honestly, who [cares].”

She also added that she’s thankful that her father and Khloe got a pre-nup, explaining, “It’s called a PRENUP and [thank God] for it.” She’s clearly happy that Khloe won’t be getting any of her father’s money, and you can sense that there’s no love lost between her and Khloe. Again, can’t blame the girl – if I had a family member marrying into the Kardashians, I’d disown them, forget just giving them the cold shoulder.

There’s also a chance that Destiny just wanted to spend more time with her father, and she felt that Khloe was capitalizing on that. Many children feel this way about their parents’ new relationships, especially during their teen years. Destiny says as much – when asked about a possible reconciliation between Khloe and Lamar, she replies, “I don’t want it to happen anyways. I have him all to myself now!”

What do you guys think about Destiny’s comments, and why do you think she doesn’t like Khloe? Let us know what you think in the comments.