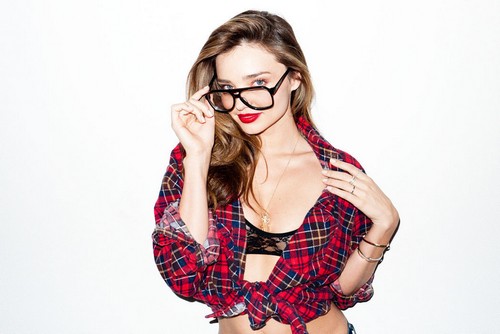 Is Miranda Kerry trying to revive her flagging career and public image by posing in a series of revealing shots by Terry Richardson? I know, that sentence contains multiple paradoxes. You can argue that Miranda is still one of the best known supermodels in the world, especially with modeling being a career with such a short lifespan. However, Miranda’s not going to be a Victoria’s Secret angel forever, even if her body’s still in fantastic condition ten years from now.

Of course, there’s also the fact that her personal life has taken a downturn lately, after she divorced Orlando Bloom and was later hit with allegations that she cheated on him. I’m not sure about that particular situation, since she and Orlando seem like they’re still on great terms. But could these pictures have been a way to change the topic of conversation from being her divorce and going back to her being a model?The pictures aren’t necessarily as revealing as some of Miranda’s past photoshoots, where she’s gone completely nude. But they’re still a bit racy, with Miranda wearing stockings, underwear, and a see-through bra that shows everything underneath. And of course, creepy Terry Richardson is even posing with Miranda in some of the pictures, because apparently all these celebrities trust him. Man, I wouldn’t go near that guy with a ten foot pole, and she’s posing next to him in lingerie and allowing him to touch her. Ew.

Why do you guys think Miranda decided on this impromptu photoshoot? Let us know your thoughts in the comments.