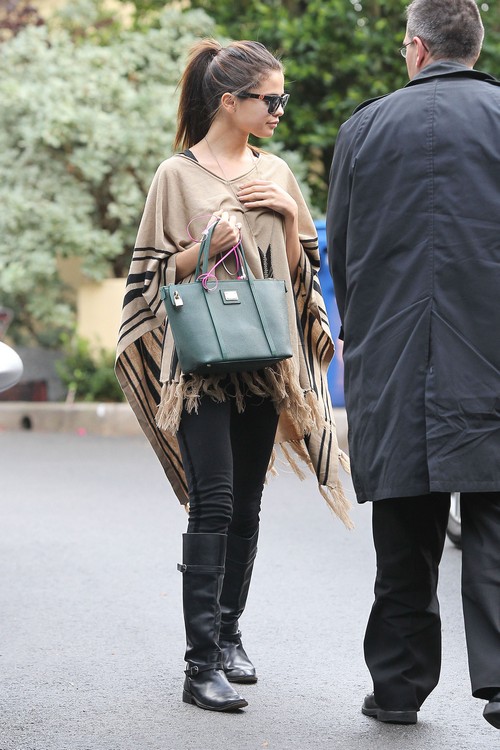 Selena Gomez cancelled her Australian tour, leading to immediate speculation on the reasons behind this surprise decision. No one saw this coming, which obviously led to people jumping to conclusions about drug and alcohol abuse. Usually, whenever celebrities cancel tours or concerts on such a short notice, drugs can be blamed – although the professional term is almost always ‘exhaustion’.

Now, I actually believe that Selena is suffering from actual exhaustion, not the pretend kind used to cover up addictions. The poor girl’s been working non-stop in both music and films for the past few years, ever since she launched her career with Disney’s Wizards of Waverly Place. The TV show ran for many years on a very rigorous schedule, and Selena didn’t exactly take a break after the show ended. She immediately capitalized on the buzz, and ended up writing album after album and shooting movie after movie. It’s worked out very well – she’s now one of the biggest names in pop culture in today’s world.The only problem: she’s severely in danger of getting burned out. Eventually, drugs can actually become a problem, not necessarily for pleasure but out of necessity. There are also chances it could actually be drugs or alcohol, or even a medical condition, since the decision was announced on a very short notice. The fact that the record label is allowing this means that the decision came with serious discussions, and if Selena’s not in the hospital, it’s one of the three: (1) she’s just too exhausted, and simply cannot do the tour, (2) she’s on drugs, and (3) she has medical issues preventing her from completing the tour.