RHOA Debate: Was The Underground Railroad A Real Railroad? Porsha Stewart Thinks So! 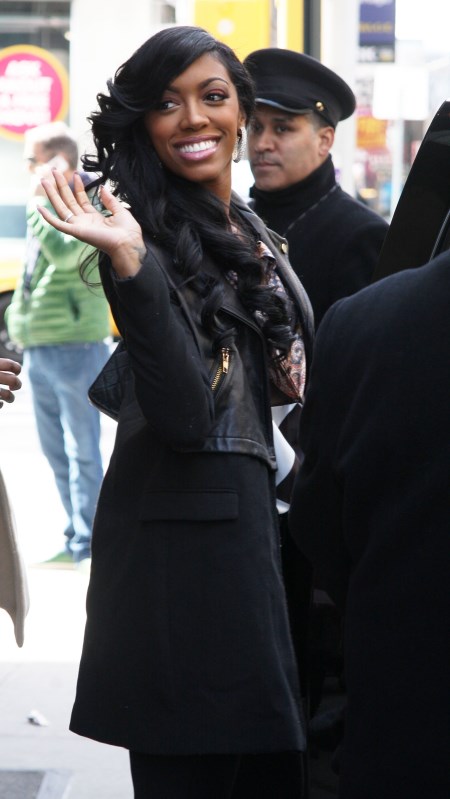 I know the name can be misleading and as a matter of fact I’m pretty sure that was a big part to  the point of the Underground Railroad. Real Housewives of Atlanta‘s Porsha Stewart really took to the literal meaning of the not-so-literal expression: She believes that there were trains going choo choo and blowing steam down in the underground. Confused when their Savannah tour guide explained that the wholes in the First African Baptist Church they were visiting were meant as ventilation for the people hiding under to attempt to escape slavery, she wondered: “There has to be an opening for the railroad,” out loud.

There would have had to be an opening for the railroad right? Why would it be called the Underground Railroad if there was no such opening? Right? – Yeah, those sound like elementary school kids questions. Kids can have trouble, sometimes, with euphemisms as their underdeveloped minds wrestle with ideas that extend past the here and now.

Kids and Porsha Stewart that is. And what’s even funnier is that the show is called the Real Housewives of Atlanta, Atlanta being in Georgia and all would make you think that the 31 year-old Stewart would have some idea of her state’s history. That’s when other Housewives Phaedra Parks and Kenya Moore came to the rescue of intelligence. The former told Stewart that it was indeed an euphemism while the latter, cringing at the dumbness that spilled out from her mouth, simply said that “It’s almost hurtful to watch her be so dumb”. This wasn’t the first time Moore and Stewart confronted each other as Moore was accused of stealing Stewart‘s hair ideas back in September.

In other RHOA news, Mynique Smith was pitted in the middle of a tripartite cat stare-down where the nails only slightly came out. Of course, it had to do with her hubby and former Atlanta Falcon Chuck Smith who, as it turns out, hit it with both Parks and Barussa in his younger days. Or as Moore put it, “The truth is, he hit it, he quit it,” though it is unclear if Moore herself quit being the deadbeat renter that she was accused to be.

Did you guys appreciate Parks and Moore coming to the rescue of an important part of US history? Or were they just being mean bullies? Let us know what you think in the comments section below!