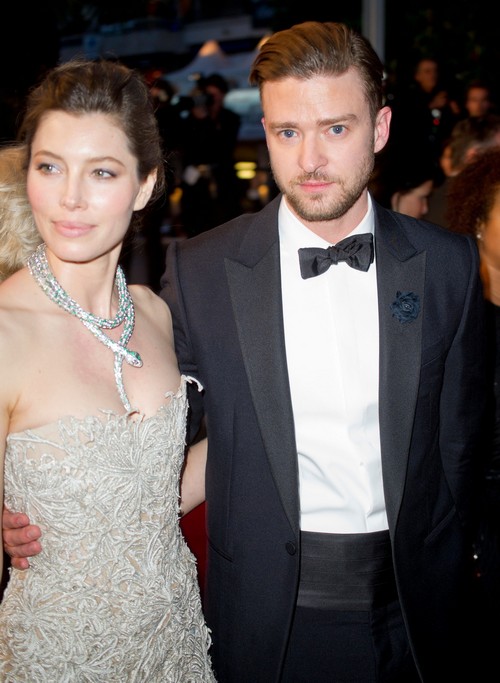 After only a year of marriage, OK! Magazine is claiming that Justin Timberlake and Jessica Biel‘s marriage is “crumbling”. OK! claims Biel and Timberlake are “battling over his long tour absences, his refusal to start a family — and his alleged liaisons with other women.” Well, we call “bull” on this story.  Primarily because there is no reason for long distances and busy schedules to make them feel  like two ships in the night.

First off Jessica has been in what lately? Not to be disrespectful, but her most recent movies this year have all been mostly under the radar, low budget films. These require about a couple of months of her time which leaves her the better part of the year to be able to travel with her husband. If she was worried about his cheating then she could have easily joined the tour instead of staying home and “worrying” herself. Not that she has anything to worry about to begin with.

Justin comes out with a new album every couple of years and that only means touring every once in a while. Something she obviously knew when she signed on to marry him FYI.

That’s why when they can then they make time for each other. Even as we speak, the couple is holidaying in the sun and probably making up for lost time.  As for the baby issue; just no! If the couple doesn’t want to rush into kids then that’s their prerogative.  No one should be guilt tripped into creating babies simply to show their marriage is strong. Yet somehow I feel like if the couple announced their pregnancy tomorrow the magazine  would go on to say that their working it out because of the pregnancy!