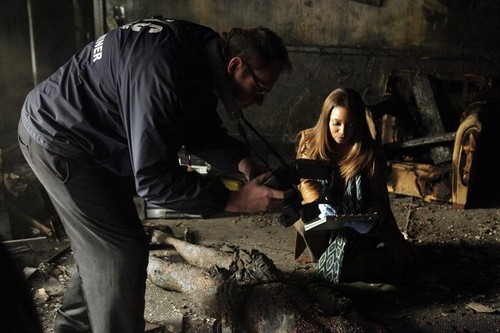 I am so excited my favorite show Castle is returning soon.  After the mid-season hiatus on January 6th, 2013 we will finally get a new episode.  On the mid-season premiere called, “Under Fire,” Castle and Beckett hunt down a serial arsonist, while Jenny goes into labor.

ABC Official synopsis: “Castle and Beckett discover that the victim of a building fire was actually shot to death, they get on the trail of a serial arsonist turned murderer. Meanwhile, Ryan’s wife, Jenny, goes into labor, but disaster threatens to ruin the joyous moment.”

Guest Cast for the episode are Juliana Dever as Jenny, Wendy Davis as Delia, Nic Bishop as Fire Chief Miller.  “Under Fire” was written by Andrew W. Marlowe & David Amann and directed by Paul Holahan.

Castle season 6 episode 11, “Under Fire” airs on ABC on January 6th, 2013. Check out the preview video below and photos, let us know in the comments below what you think!  Are you enjoying season 6 of Castle?  Has it delivered all you thought this season, so far?