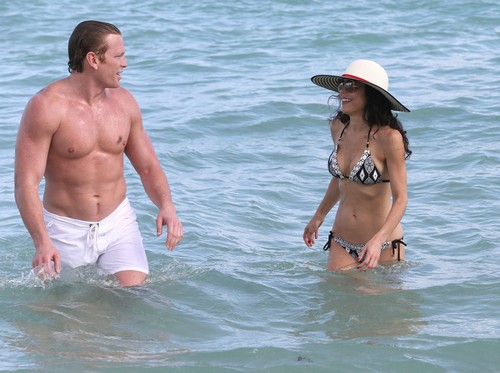 Bethenny Frankel has got herself a new boyfriend, financier Michael Cerussi III.   Once the news broke that Michael who goes by the name Mac was dating Bethenny rumors hit the web that he was a rapist.

In 2001 a women accused him of rape while he was at Union College in New York and a lawsuit was filed.  Mac sued everyone who was involved for defamation.

He told TMZ, “Claims were made to the school, which were false and unfounded and ultimately withdrawn.”

I don’t blame him for being pissed, it was a non issue and now that he is dating the Skinnygirl Queen they are looking for any dirt they can find on him.