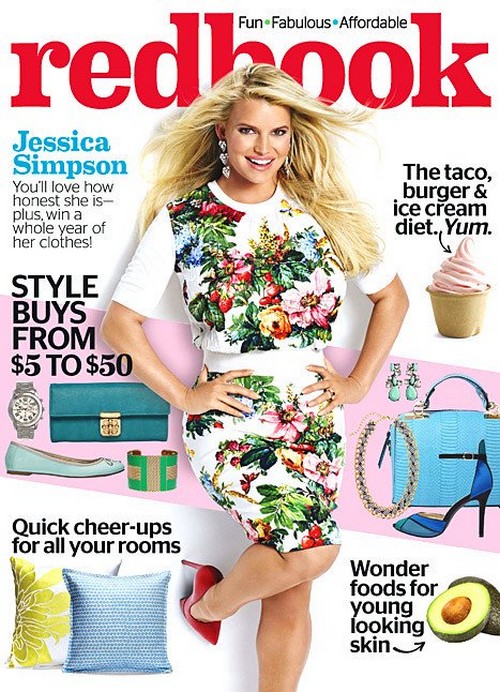 2014 is shaping up to be the year of celebrity marriages and hopefully the next person on the list will be none other than Jessica Simpson. She said in her Weight Watchers ad “The new year will definitely bring on the wedding bells, which is exciting … I think it’s about time”, but she goes on to explain a little more why she’s so excited to be looking forward to marital bliss. Admittedly she’ll tell anyone and everyone how much she loves his butt yet she goes on to say in a recent interview for Redbook magazine that she knows full well love sometimes isn’t enough. A lesson she probably learned the hard way after her divorce from Nick Lachey.

“I’ve learned that sometimes love is not enough. You can have a soul mate and be madly in love with that person, but it’s not necessarily enough. I think you have to have personalities that mesh well. You have to be the yin to their yang. “You also have to be open to figuring things out together and communicating even when it’s the last thing you want to do.”

Sage advice and I hope she stick with it. Then again being the parents to two young children does require another level of communication. Without the ability to lean on or ask each other for help; Jessica and Erica would have been over after the first baby. Despite what many may think it does takes a lot more than a legendary tush to make and sustain a marriage. A little consideration goes a long way!