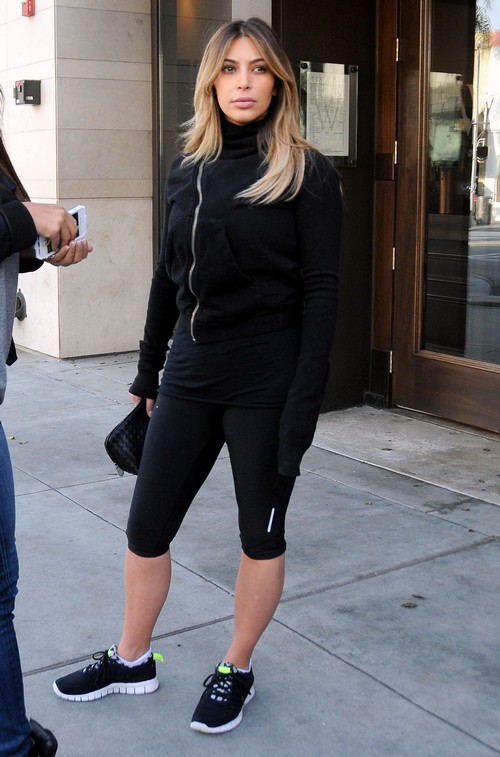 The question on everyone’s lips is if Kim Kardashian is pregnant again? And hate to be a buzz kill, but its doubtable Kim would have another baby so soon after the last. Especially not with her body finally slimming down in time for a wedding possibly right around the corner.

Ok, I realized that sounded shallow and yet I’m not the one showing off my body “bouncing back” all over social media. Kim took a lot of flak the first time she got pregnant. For some unknown reason people weren’t expecting a pregnant woman to gain weight and all they could do was mock the socialite.  So its understandable why Kim would want to put a stop to people calling her fat.

Recently CDL reported “Kim finally feels like her life is exactly where she’s always wanted it to be. She and Kanye are already talking about having another kid because they want Nori to have lots of brothers and sisters.” Again this is easily explained. Kim has 5 siblings and would surely want her own daughter to have a similar experience. Still she won’t be in a rush.

Kim would never have a baby after all her hard work has finally begun to pay off.  She would at best wait until she was married again. In case anyone forgot; Kim claimed North West was a happy accident seeing as she didn’t think she could get pregnant that easily. Well, now she knows she’s capable and she will most likely be taking extra precautions. There won’t be anymore surprises in that area unless she wants it.

But then again, she was photographed today heading the doctor with Kanye West, so you never know!