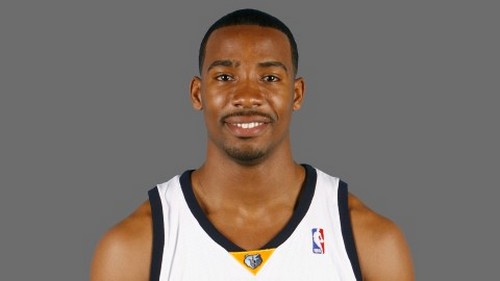 Former professional basketball player Javaris Crittenton has been arrested on drug charges in Georgia.  Javaris is still in custody and not a lot of details have been released.

According to ESPN, “Shortly after 6 a.m. ET Wednesday morning, DEA agents, federal marshals and local police descended on Crittenton’s home on a cul de sac in Fayetteville, a suburb just south of Atlanta. Crittenton was led away in handcuffs and was booked into the Fulton County Jail. A call to Crittenton’s Atlanta-based attorney, Brian Steel, went unreturned.”

In 2011 Jarvaris was charged with the August 19 murder of Jullian Jones, a 22-year-old mother of four. Atlanta police indicated that Jones was not the intended target.  Javaris and his cousin Douglas Gamble were officially indicted on April 2, 2013 on 12 counts in connection with Jones’s death, including charges of murder, felony murder, aggravated assault with a deadly weapon, possession of a firearm during the commission of a felony, giving false statements, attempted murder, and participation in criminal street gang activity.

He had been on limited house arrest as he awaited trial for murder, he is still in custody.