Khloe Kardashian Is Pregnant: Doesn’t Know Who The Father Is: Report 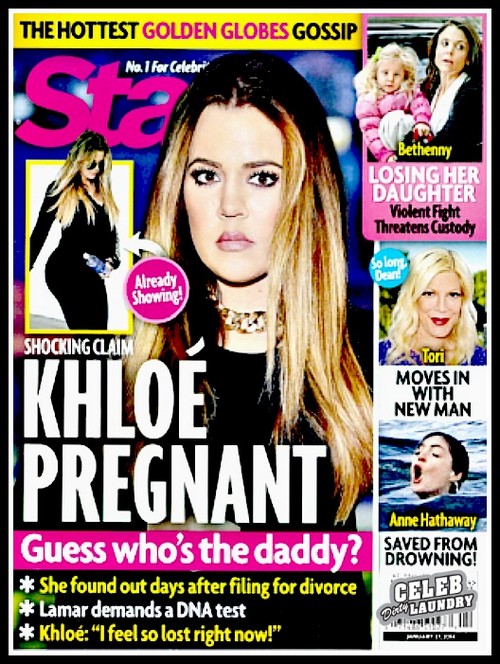 The current issue of Star Magazine features the bombshell story this week, “Khloe Kardashian is Pregnant,”  WOWSER!  The first question on everyone’s mind is of course, “Who’s the Daddy?”  There are a few possibilities, Lamar Odom, The Game, etc etc.

Apparently, Khloe Kardashian found out the news just days after she filed for divorce from Lamar and now Lamar is demanding a DNA test.  He wants to know if that baby is his.  Although Khloe and Lamar are split they have been having, “secret, passionate lovemaking sessions.”

The magazine goes on too claim that Khloe is so far along that she is gasp…already showing.  But bad news apparently Khloe, “can’t be sure who the father is,” oh no….

Of course it really depends if this story is true, considering that it is coming from Star Magazine it is doubtful, but you never now!

What do you think Hiccupers, does Khloe have a bun in the oven?