Brandi Glanville Makes a Public Apology for Her Molestation Joke 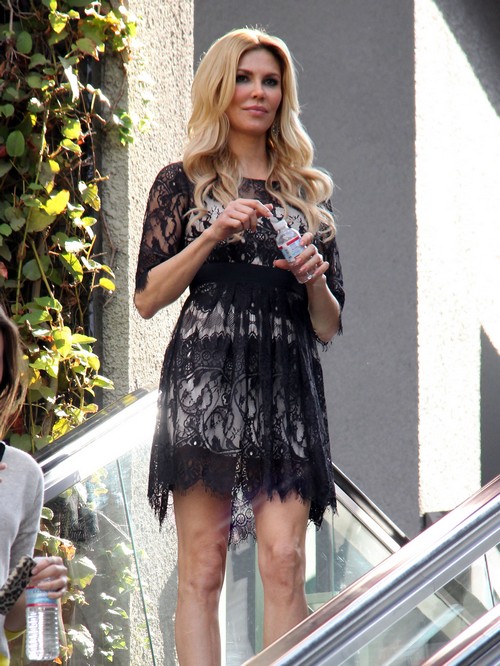 If you haven’t heard about it before- the queen of inappropriate had gone too far with her comedy hour. Haters came out in droves to attack Brandi Glanville for her molestation “joke”. Glanville joked, “I, too, wanted to be molested as a child and was passed up.” She added, “My sister got felt up by a principal, and nothing for me: He didn’t even look at me sideways.” Brandi even shares that “Now looking back, I’m super-bummed… Super-hot and they passed me up!” She said it all as part of her skit for her podcast, but no one was left laughing afterwards.

Brandi has been known for the controversial and sometimes downright stupid things she said. She even created career around it through her best-selling book. So no I was not expecting her to create a podcast simply to be nice. If you’ve watched her The Real Houseiwves of Beverly Hills then you know what she’s about. She’s the one that goes crazy every once in a while that either you hate  her or like Lisa Vander Pump decided on – you treat her like an animal at the zoo. Dumb, but there for your entertainment.

Anyways Glanville did make a public apology once the backlash wasn’t going away. According to E online: Glanville apologized for her insensitive jokes via Twitter on Thursday, Jan. 16. “I was interviewing stand up comedians for my podcast! Had to go through their stand up routines to know what 2 talk about!” She continued, “I’m sorry if I offended anyone with @Mrjimflorentine @PodcastOne interview My show is a COMEDY based entertainment show for adults I’m sorry.” Glanville told one Twitter user that she is “still learning how to interview & learning what I can & cant say.”

I don’t think the joke went too far as long we remember the context. Those stand up comedians can be tough and they have zero filter. Brandi was merely playing along. What do you think? Should Brandi have never said it?