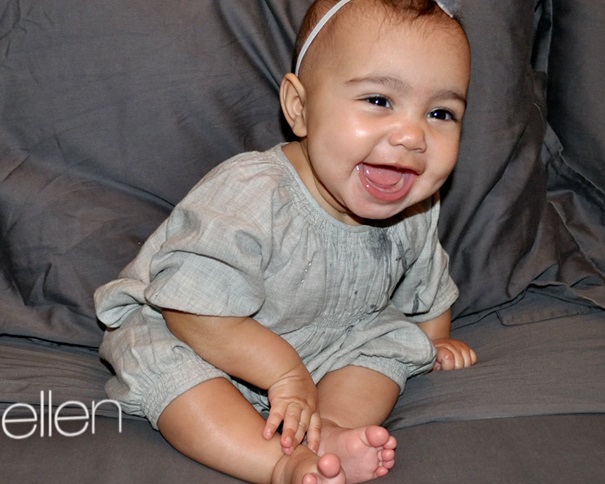 The Kardashian brand is slowly going up in flames and Kris Jenner is in a panic.  Daughter Kim Kardashian decided to try and help improve things.  Kim went on the Ellen Degeneres’ show to display intimate photos of her daughter North West and her fiance Kanye West.

The Keeping Up With The Kardashian star made a vow before North was born she would not use her for publicity, but it seems that vow is a distant memory.

Kim working it and trying to make the world believe that she and Kanye were a normal couple spoke about her wanting six kids.  Kim is reconsidering this because she had a difficult pregnancy,she said she, “wouldn’t wish upon anyone.”  She went on to say, “It’s all worth it in the end.  I wouldn’t take any of it back because I have the most adorable, sweetest baby in the world.”

Then to tease the audience and try to build some interest she let people know that she and Kanye are still getting married.  Apparently it will be this summer and probably out of the country.  We can only hope.

I wonder if they will film it for an upcoming episode of KUWTK.  I guess that will all depend on what Kanye wants.