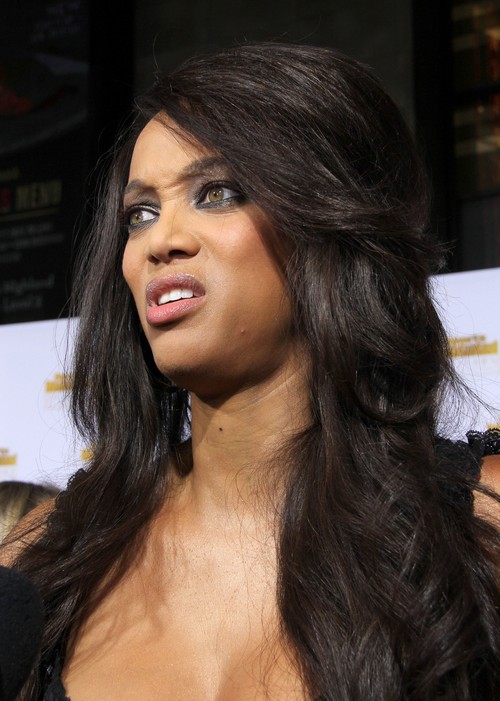 ANTM Tyra Banks has women of all shapes and sizes on America’s Next Top Model, but she admits she can’t always control their experiences after leaving the show and finds herself disappointed when past contestants lose weight to get jobs.

She explained: “The sad thing is that on average, my girls on ‘America’s Next Top Model’ are larger than the high fashion girls on runways, and when they leave they’re excited; they’re like, ‘Yay, I’m going to start modelling.’ And then they get in the real world, and they’re like, ‘My agent is saying I need to lose 20lbs.’ I’ll see them four months later and they are a bone. A bone. It’s just like, ‘What?’

“Then I realize that they were in this beautiful incubator of safety, but then when they leave the competition, they’re out there with the wolves, and to compete they have to lose that weight. That’s a sad fact.”

“I can’t control what’s out there, I can only control what I produce on my show. I have seen a couple of them and talked to them after, and I’m like, ‘What’s going on? What are you doing?’ And they tell me that that’s what the agency wants, and they’re under the agency’s care. There’s only so much that I can do. But it does sadden me.”

Year after year the fashion industry says it wants to promote a better body image for women.  Yet the women seems to be getting skinnier on the runway.  Size 0 is now too big and they want models to be size 00.