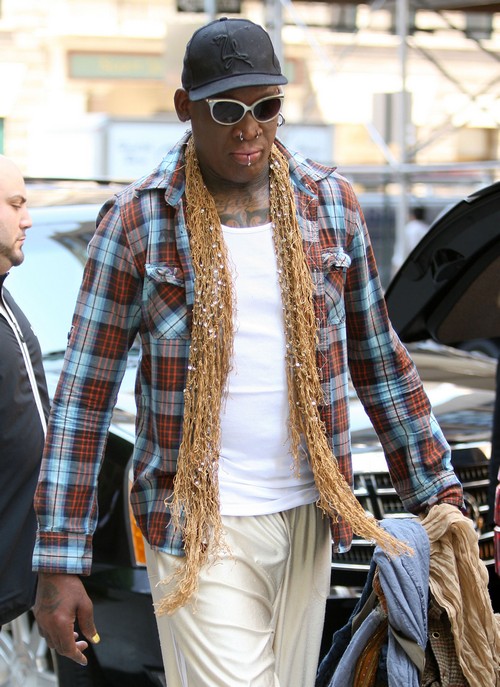 Retired American professional basketball player Dennis Rodman has entered rehab to beat his addiction to alcohol.  Dennis is in a rehab in New Jersey for 30 days because he is, “beyond exhausted and overwhelmed.”

This is not the first rodeo for Dennis, he has been in rehab at least 2 other time along with a season on Dr. Drew Pinsky’s Celebrity Rehab.Dennis blames his alcohol addiction as the cause for his disastrous CNN interview from North Korea.  He later apologized for the comment she made in the interview.  Darren Prince said, “He is embarrassed, saddened and remorseful for the anger and hurt his words have caused.”