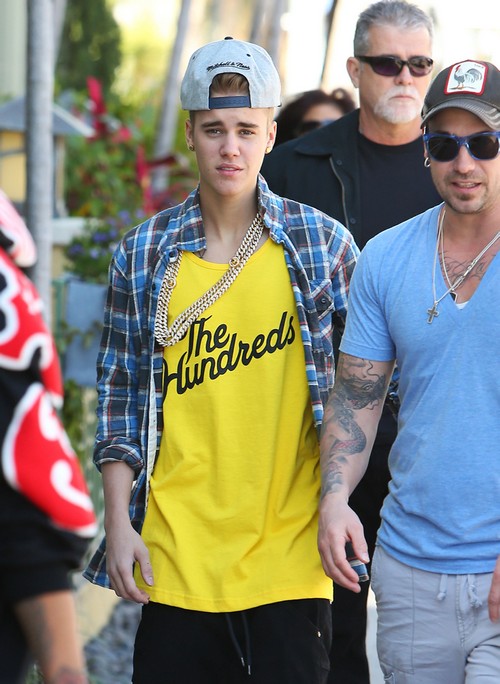 What an idiot, another day, another Justin Bieber ridiculousness….  The new King of Douche Justin was picked up last night in Miami for driving under the influence, drag racing and resisting arrest.

Add to all of these charges he was driving with an expired license.  TMZ has the scoop on the story, “Bieber is now in custody and is at the police department where he is being tested — presumably to more precisely measure his blood alcohol level.  Our law enforcement sources say Justin was given a field sobriety test at the scene … and failed.”

The whole thing was Justin’s fault, he had his people block the street off so he could drag race with Khalil a rapper on Def Jam Records.  Khalil was also arrested.  Justin was not alone in the car he had his Chantal a model with him.

Justin will be charged and probably be out on bail.  Justin has no one to blame for this, he surrounds himself with people pleasers who are more interested in his money than in Justin.  I guess Justin thinks the arrest will give him the, “street cred,” he has been looking for!  NOT!

The kid needs a reality check first before he kills himself or someone.