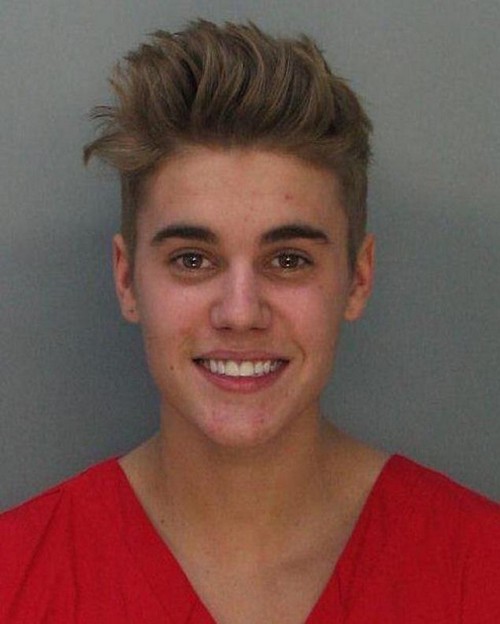 A certain part of me wants to shake him and say “take this seriously” but thankfully that’s not my job. That’s his parents’ duty and, shocker, they’re failing him! Justin Bieber’s  father was reportedly on the scene during his arrest early Thursday morning. I’m guessing no one told this boy that charges weren’t just part of an elaborate joke seeing as he couldn’t he can’t help smiling in his mugshot. It was almost as if he didn’t find anything wrong with the where he landed. Maybe the buzz of whatever he took hasn’t exactly worn off yet because something is definitely wrong with Justin and its about time we all stop laughing about it.   Justin was picked up for DUI, resisting arrest and drag racing.  This on top of his egging situation back in LA can result in him getting kicked out of the country.

If he goes home then nothing is going to help. He’ll still be surrounded by enabling friends and inept parents. The only difference is he’ll be embarrassing his home country back on their turf. And I know many people won’t want to hear this but I don’t believe he deserves prison. That doesn’t mean he should get off lightly, but prison won’t help him. Prison doesn’t help anyone. What he needs is rehab with no contact from anyone for maximum of 30 days.

This way he can get help and finally acknowledge he has a problem!