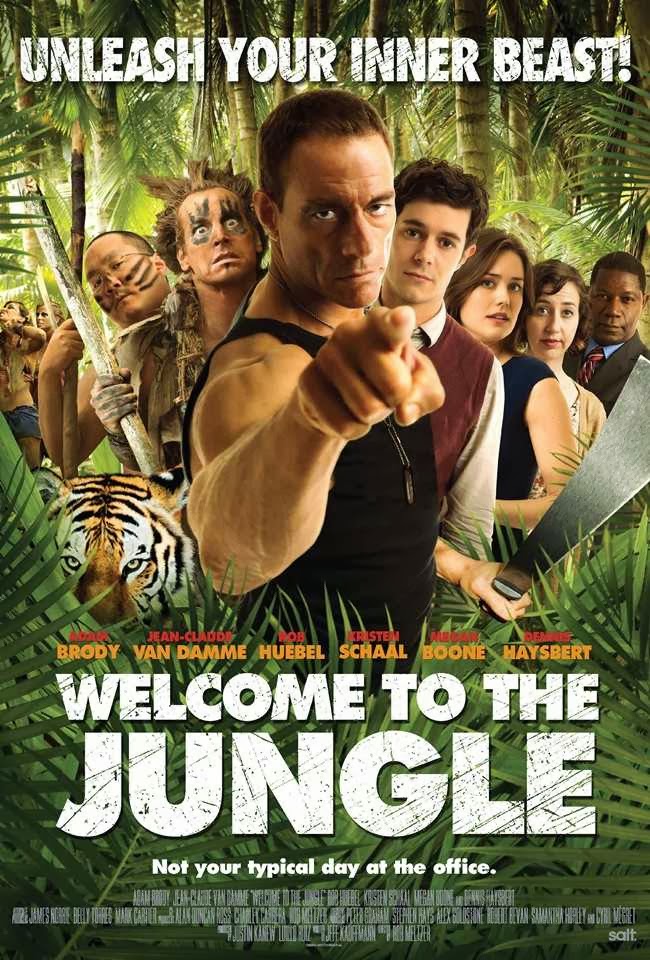 The newest trailer out right now is for a little movie called Welcome to the Jugnle. You might not have gotten a chance to hear about it yet and before today neither did I. I hate to say it, but it wasn’t until it became a Redband trailer filled with good old fashioned crude language  did I truly become interested. Otherwise I would have signed the movie off as a comedy and kept it rolling which as I now see would only have hurt me.

What really adds to the humor though in Jean-Claude Van Damme.   ure, he’s keeping up with his action man person, but there’s also something hilarious about the way he tries to use his karate moves to fight the call of mother nature. A high kick isn’t the answer for everything, my dear!

Still as I should point out this isn’t a movie for everyone. As in don’t take you kids or people that never found Adam Sandler or  the movie Old School funny.  This isn’t their type of crowd. For the rest of us though, it’s worth viewing!