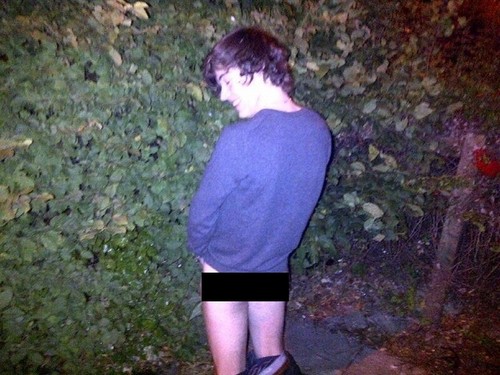 Oh la la, One Direction’s Harry Styles was caught with his pants down, literally.  The naughty boy had to relieve himself and decided to drop his drawers and let one rip in the bushes.  Unlucky for him, someone was there to catch him.

The rapper took it all in good fun and tweeted back, “Who’s bushes you peeing in? Classic!!!” and then he tweeted, “oh wait…. That’s my house!! Those are my bushes!!”

It looks like the watering of the bushes went down at Sir Mix-A-Lot’s house LOL where Harry probably visited.  Meanwhile Mix-A-Lot was seen on the side of the road selling pieces of the bush to fans, #joking 😉