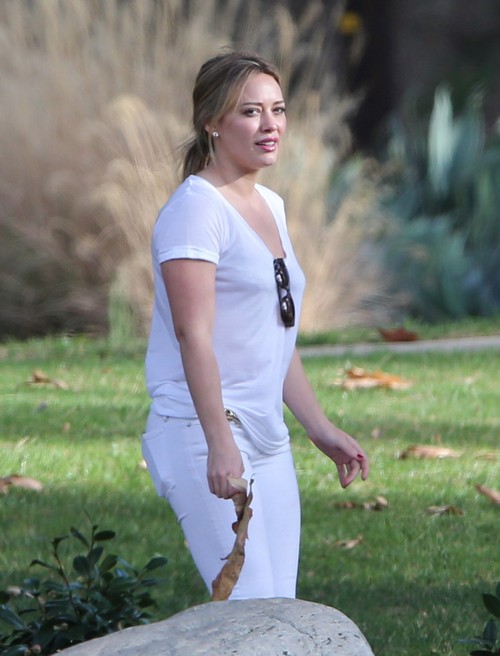 First I had to stop laughing and believe me it took a while.  I’ve seen some silly stories but this story wins the prize.  In Touch is reporting in their newest issue that the reason behind Hilary Duff‘s filing for divorce from Mike Comrie is a psychic (fortune teller)

I know crazy right?  Apparently, Hilary has been seeing a psychic for years.  An insider (note to me, need to get one of those) revealed, “Her psychic actually told her to leave her husband.  In fact, she told her to never marry him years ago!”

But not one to stop there the magazine claims she almost gasp…. cancelled the wedding because of her psychic.

This story is so ridiculous I cannot continue, but if you believe then hey Brad Pitt was over at my house last night and told me he was leaving Angelina for me! #joking 😉

Hilary Duff and Mike Comrie Getting A Divorce

24 Comments
Leave A Reply
Cancel Reply
For All The Alaskan Bush People News!