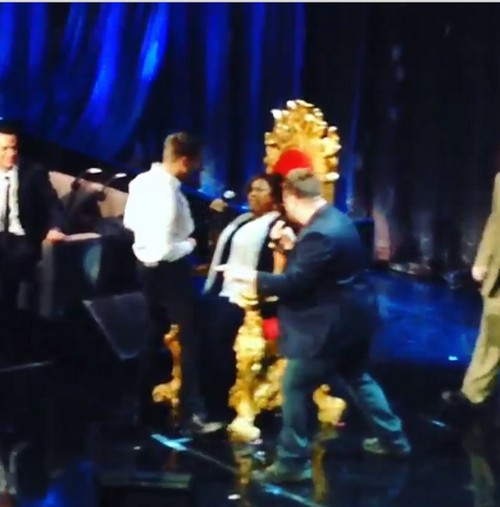 Have you ever blown out your birthday candles and wished for a lap dance from a nearly naked Ryan Phillippe?  Well, it looks like that is exactly what happened to Robin Quivers at Howard Stern’s wild 60th birthday party!  Controversial radio celebrity Howard Stern pulled out all of the stops for his star-studded 60th birthday party, and it looks like things got a little out of hand at the big celebration.

Ryan Phillippe has no shame in his game though, after he left the party he even bragged on Twitter about the wild time he had to all of his followers.  He tweeted, “And I just gave Robin a lap dance on stage,” he went on to say that the he had a “good f’in night,” at Stern’s birthday bash.

In the video you can see Robin Quivers squealing with delight as Ryan Phillippe bumps and grinds on her while she is sitting in a chair on stage.  Who can blame her?  Hasn’t that been every girl’s fantasy since Phillippe rose to fame after his steamy appearance in Cruel Intentions back in 1999?

Do you think Phillippe took it too far at Howard Stern’s birthday party?  Or are you just mad that you didn’t get an invite?