Did Philip Seymour Hoffman Accidently Overdose Because Of A Binge Weekend? – It Could Have Been His Last Hurrah 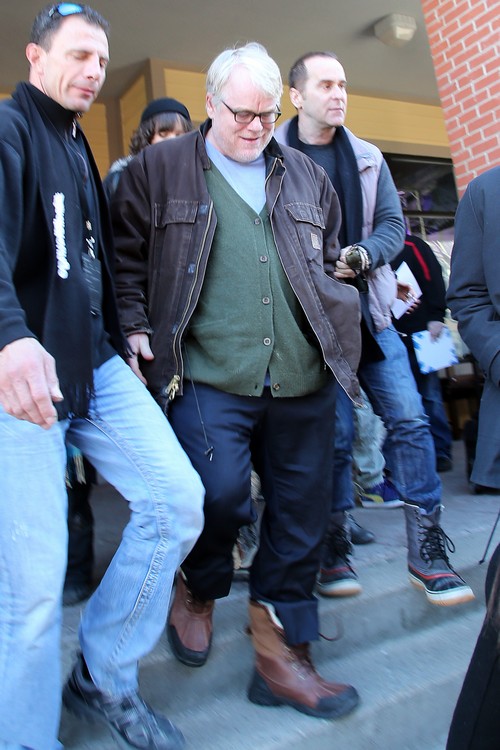 With every little piece of news that filters in, Philip Seymour Hoffman‘s death becomes more and more distorted and, frankly,  downright confusing. At first we all assumed the recovering drug addict had a minor slip up. It’s hard getting over big life changes and he did recently separate from his long-term girlfriend and mother of his children, Mimi O’Donnell. Then it was reported that he was in such a dark place after the break up that many of us feared he might have been committed suicide rather than his death be a mere accident. And now with possible the worst piece of news yet, approximately 50 heroin bags were found in his NYC apartment. That could easily lead people to believe they were right with the suicide theory because why else would he have a stockpile just lying around his home. But, personally, I have a different variation on the large supply.

It’s possible Mr. Hoffman could have went on a binge. TMZ is reporting that there was “a number of unused needles”. Also there’s a story circulating about Hoffman purchasing “a large quantity of heroin” in a drug deal last Saturday. All of these things sound last minute. That’s what got me thinking it was a binge.

Binges tend to imply the user wants one last hurrah. A few people go through binges right before entering rehab. It’s completely unhealthy but that’s their way of saying goodbye to what has become literally a loving entity. Sometimes addicts thinks the drugs are the only love they deserve and treat like long lost friend. So when I heard about the random buying that could very well be a frantic last minute stop – my heart simply broke. The only thing worse than someone accidentally overdosing is if they were just about to find help for their problem.

Kylie Jenner Confesses To Getting High On Video: KUWTK Star Swears It Was A…