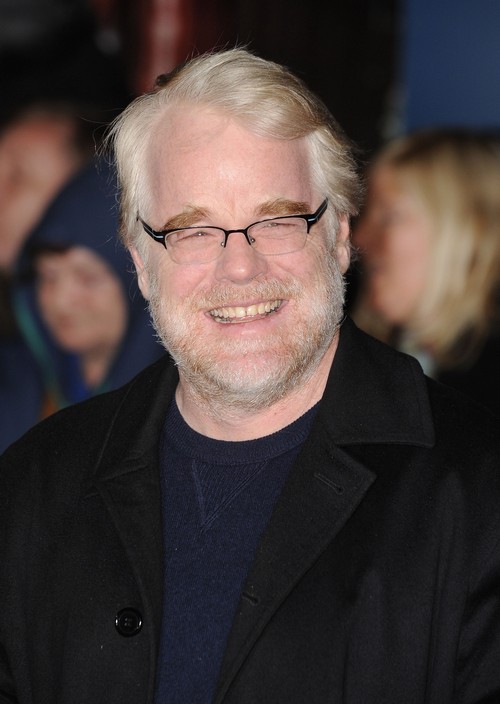 Phillip Seymour Hoffman passed away late Sunday morning due to a heroin overdose.  His ex-girlfriend Mimi O’Donnell and their three young children are all mourning the loss of the Oscar Winner.  And, apparently they aren’t the only ones.

The man that found Hoffman dead in his bathroom late Sunday morning, David Bar Katz, is also very torn up about the actor’s untimely death.  Katz, a screenwriter, opened up to The Enquirer about the nature of his relationship with the late Phillip Seymour Hoffman.  Katz claims that he wasn’t just Hoffman’s friend, he was actually his gay lover.

Katz told The Enquirer, “We were homosexual lovers.  We were lovers.”  Katz confessed that he had watched the troubled 47 year old actor shoot up heroin before, but he claims he had no idea his addiction had reached such a dangerous level of severity.

David Bar Katz claims to be the reason that Hoffman and his children’s mother O’Donnell are no longer together.  He told The Enquirer, “His drug use, and his ambivalence over whether he was straight or gay, drove a wedge between him and Mimi and broke them up.  One part of him wanted a normal family life while another part wanted heroin and the gay life.”

When the story of Hoffman’s overdose first broke, several news sites stated that Hoffman’s girlfriend O’Donnell called Katz and asked him to go check on Hoffman because he hadn’t picked up his children like he had stated he would.  It sounds like Mimi was well aware of Hoffman’s relationship with Katz.

Do you believe The Enquirer’s story about Katz and Hoffman being lovers?  Or are you as shocked as we are to learn that David Seymour Hoffman was living a secret life?  Let us know in the comment section below.