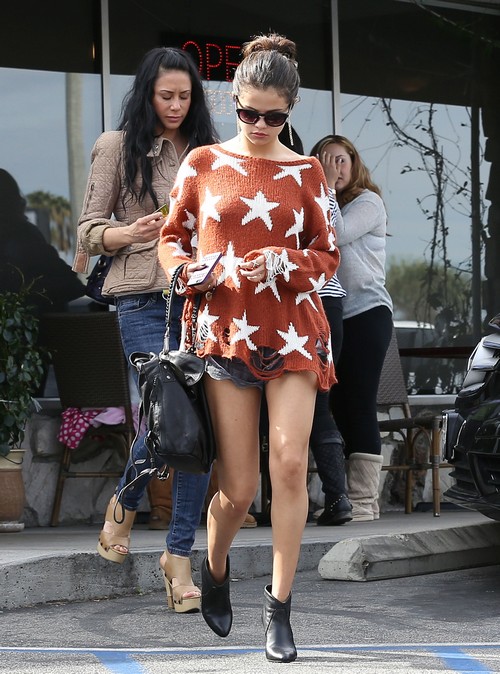 In the beginning of 2014 Selena Gomez shocked her fans and the media when she cancelled her world tour at the last minute.  Rumors began flying that the star was struggling with substance abuse and checking into rehab, but there was no proof that was the case.  Just days after the star cancelled her tour she was photographed by the paparazzi trying to park her car, and recklessly side-swiping a stationary pole.  Her reckless driving just added fuel to the fire that the young Disney alum was far from sober.

Radar Online is now reporting that Selena Gomez did indeed spend two weeks in an Arizona rehab during the month of January, which would explain the abrupt cancellation of her tour.  Gomez’s rep is claiming that Gomez checked into the rehab for emotional issues, and she didn’t have any substance abuse problems.  However, multiple sources have confirmed to Radar Online that is not the case, and Gomez was definitely “partying hard” before she checked herself into the Arizona rehab.  Sources are confirming that Gomez was using marijuana and prescription drugs, Xanax and Ambien.  This really doesn’t come as much of a shock considering Gomez spent a lot of time with her ex-boyfriend Justin Bieber, who is also a heavy drug user.

Gomez’s recent drug problem and rehab vacay explains her sudden rekindled friendship with ex-drug addict and Disney star Demi Lovato.  Lovato recently revealed she struggled with drug addiction, her choice of drug was cocaine, and spent time in rehab.  So, the two girls actually have a lot in common.

Gomez has struggled to keep a squeaky clean “good girl” reputation, and this recent rehab revelation could cost her a few fans.