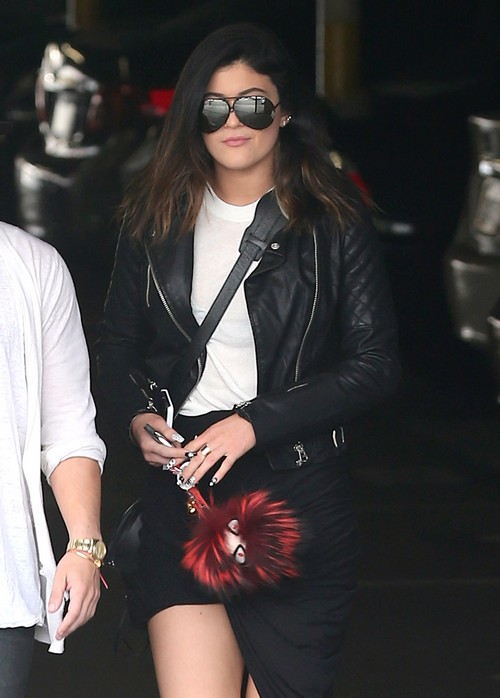 I don’t think there is a mother out there who would want their 16 year old daughter dating Justin Bieber, or his scandalous BFF and fall-guy Lil Za.  But, apparently the Kardashian Mom-ager Kris Jenner is perfectly fine with it.

Lil Za really has no claim to fame except for the fact that he is Justin Bieber’s BFF, the pair have been partying together and living together for over a year, and documenting their partying in Instagram.  After Justin Bieber egged his neighbor’s house a few weeks ago, the police issued a search warrant on his Calabasa mansion.  Although Justin managed to escape the search without acquiring any charges, his BFF Lil Za was hauled off to jail.  Za was arrested and charged with two felonies, possession of a controlled substance (Oxycodone and Ecstasy) and another felony for smashing a jail phone in a fit of rage.

16 year old Keeping Up With The Kardashian star Kylie Jenner isn’t turned off by his recent crime spree though.  Hey, maybe she has a thing for bad boys!  Over the weekend Za posted photos of himself cuddled up with Kylie Jenner on Instagram.  And, according to TMZ, the photos were actually taken in Justin Bieber’s kitchen!  Not only is the 16 year old reality star hanging out with the 20 year old felon, she is doing so in Justin Bieber’s mansion full of drugs!

None of the Kardashians have addressed the issue of the youngest member of their family canoodling with Lil Za, but chances are Kris Jenner is NOT happy about it.  Then again, it is Kris Jenner, so she may be encouraging the doomed romance in hopes of boosting their sinking show’s ratings.