Bruce Jenner’s 2014 Goals: Compete On Dancing With The Stars and Become A Women 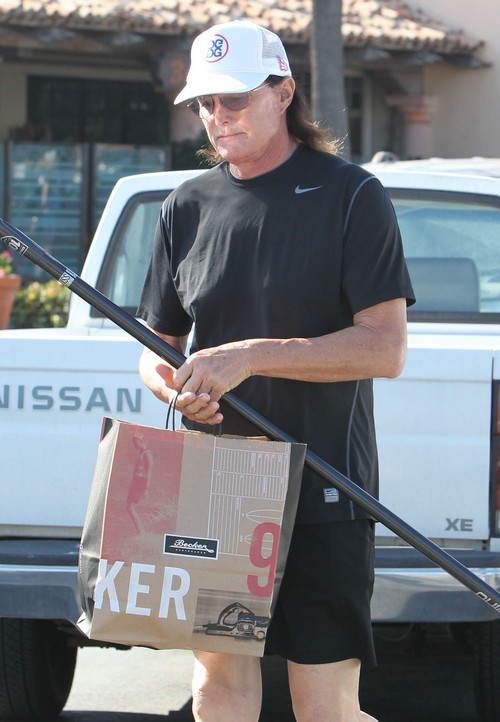 Bruce Jenner has started his new year off with some weighty goals. First, he continues his bid to become a contender on this season of Dancing with the Stars, which begins in March. His second goal is one that has been a long time coming in his eyes…Bruce wants to become a woman. It seems that he is actively pursuing each goal with a vengeance and is determined to make this a remarkable year; his first without estranged wife Kris Jenner in just over 22 years.

Bruce is determined to make good on his dream to become a woman, and to show off his dancing skills on Dancing with the Stars. He has a new attitude, and a new confidence since splitting from Kris. Now he wants to enjoy everything life has to offer, and just be himself without worrying about appealing to the Kardashian fans, or living under the thumb of kontrolling-kris. As he makes these life changes and begins to embark on new career challenges, he is grateful to have his sons in his corner.

Though Bruce hasn’t yet discussed his full transition with his sons, they have had a lot of heart-to-heart conversations now that he is free of Kris. His sons Brandon and Brody want their dad to feel comfortable sharing his private plans when he is ready. So, they are being as supportive as possible, admitting that they have noticed the recent changes in their father, making it clear they are totally fine with any decision he makes as long as he is happy. Brody and Brandon have even gone as far as to say that they believe Bruce is experiencing an identity crisis; this after their father had a laryngeal shave to remove his Adam’s apple, a procedure commonly performed in men who are in the early stages of a gender reassignment surgery.

It seems very clear that Bruce is intent on becoming a woman. Not only have we seen the former Olympian slowly begin to look more feminine as each month passes, but his sons confirm their dad is have an identity crisis, and he has taken the first step often taken for those considering a sex change.

Keep checking back with us…we’ll share the details of Bruce’s goals for the year as he accomplishes them. Tell us what you think he’ll accomplish first!