Beyonce Had An Affair with President Obama? Seriously? 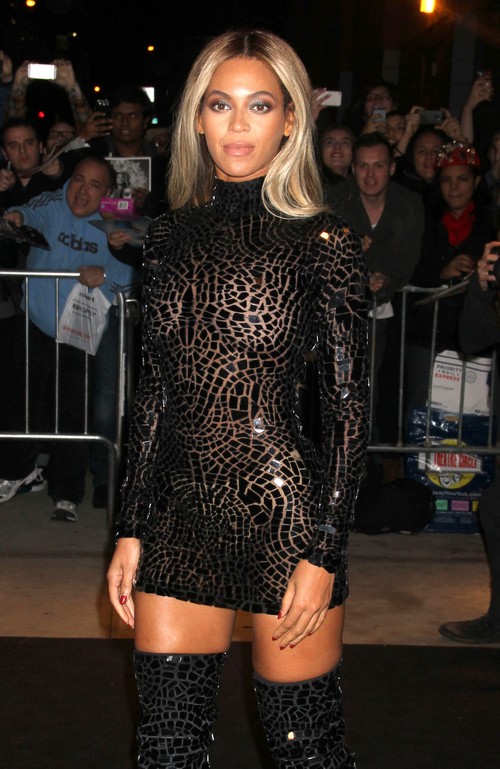 According to Media Takeout, today marks the end of the world, well the world as we know it.  MT reported that the French version of our Glamour Magazine has leaked information on an alleged affair between President Barrack Obama and R&B First Lady Beyonce.  The French magazine published an article about Obama and Beyonce, and claimed that the Washington Post would be outing the scandalous affair today.  Here’s what Jean-Marc Morandini, a reporter at the French magazine had to say, “You know, at this time, the United States , there is something big that is happening. Moreover, it will come out tomorrow in an edition of the Washington Post, [so] we can not say the alleged affair between President Barack Obama and Beyoncé is being reported on by the gutter press.”

At this time the Washington Post still hasn’t produced the story of President Obama and Beyonce’s alleged affair, so the French magazine’s story is beginning to look unlikely.  But, this isn’t the first time rumors have begun circulating that Beyonce is a lot closer to President Obama then we all though.  It’s no secret that Beyonce and her hubby Jay-Z spend an awful lot of time at the White House though.  Just last year Obama and Jay-Z got in some hot water after Jay-Z released a song rapping about receiving special privileges from the President.  So, if Beyonce and Obama are having an affair, then they have had numerous opportunities to do so.

Do you think there is any truth to the rumors of President Obama cheating on our First Lady Michelle Obama with singer Beyonce?