Kristen Stewart Says It Wasn’t Her Fault She Cheated On Rob Pattinson With Rupert Sanders; She Can’t Control Her Feelings 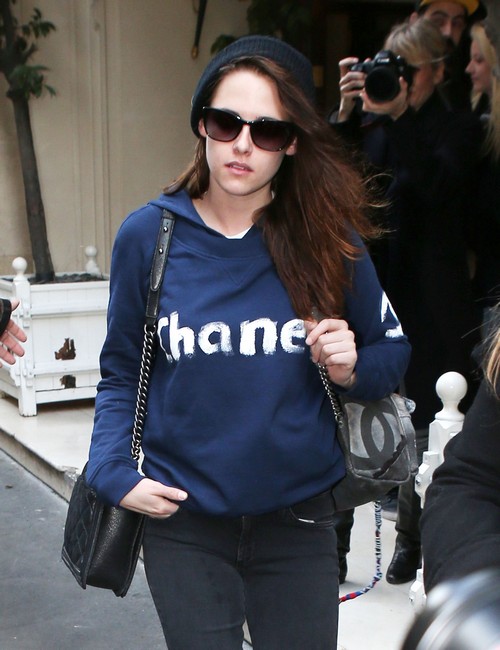 Kristen Stewart and Twilight hunk Robert Pattinson were a force to be reckoned with, until the summer of 2012 when photos emerged of Kristen cheating on Rob with her married director Rupert Sanders.  Kristen begged Robert to take her back, and publicly embarrassed herself by doing so after her affair, but it was too late, the damage had been done.  Rumors have emerged several times since the couples’ falling out that they were getting back together, but there never appears to be any truth to those claims.  Robert Pattinson and Kristen Stewart have been officially over for about a year now.

In a recent interview with Marie Claire magazine, Kristen addressed the mistakes she made in her past.  The Twilight princess appeared unapologetic though, she actually almost seemed proud of her discrepancies.  Stewart told Marie Claire magazine, “I stand by every mistake I’ve ever made, so judge away.  You don’t know who you will fall in love with. You just don’t. You don’t control it…”

So Twilight fans, did you lose the last shred of respect you have for Kristen Stewart after hearing her recent explanation for having an affair with Rupert Sanders?  Or, do you actually sympathize with the Twilight star and believe that she couldn’t control her feelings?