Shayne Lamas Has A Miscarriage and In A Coma: Nik Richie & Lorenzo Lamas At Her Bedside 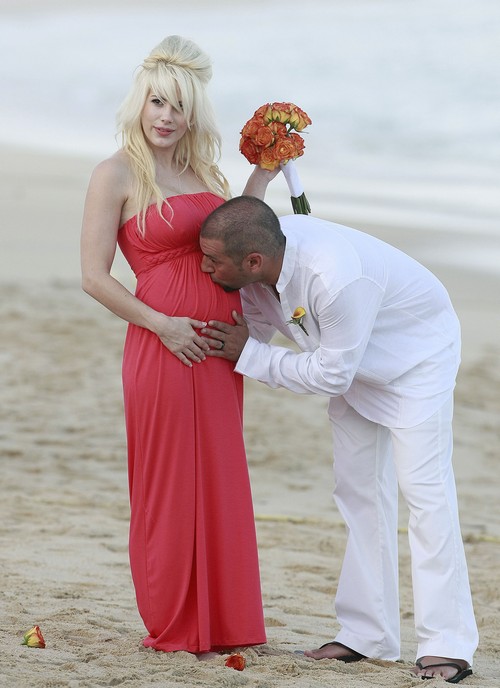 Shayne Lamas, daughter of famous actor Lorenzo Lamas, and former Bachelor winner is reportedly in a coma after collapsing in her home she shares with husband Nik Richie. TMZ reports that Shayne has tragically lost the couples child she was carrying and that the coma is related to the internal bleeding cause by pregnancy complications.

Shayne, 28, was 16 weeks along in her pregnancy when paramedics were called to her Orange County home by husband Nik. The couple has long been through quite a tumultuous relationship that started with an elopement in 2010. They have battled divorce rumors and reportedly even separated for a while. After a stint on VH1’s Couples Therapy, the couple seemed to be on the right track and happy to add to their family. The couple have daughter, Press, 2 years old.

As reported by TMZ, doctors were baffled and needed to call in the help of specialists to determine the cause of bleeding. Surprisingly, TMZ reports, despite her dire circumstances, Shayne is expected to pull through based on what the doctors have shared. Shayne, still in a coma, has her father and husband by her side. We are saddened by their loss and are hopeful Shayne pulls through.