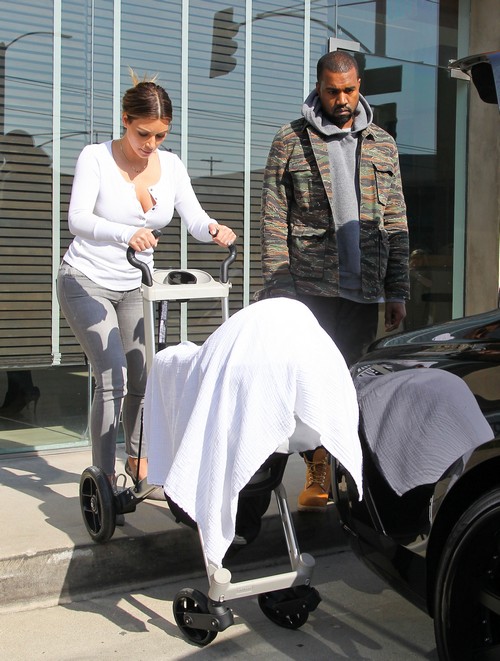 In yet another attempt to control fiancé and baby-mama Kim Kardashian, Kanye West told his lady love that he wants them to get matching tattoos on their wrists. Initially, Kim agreed, thinking he’d probably forget or she could get him to change his mind later.

When push came to shove, Kim backed out. Kanye had his favorite tattoo artist ready to ink them both up, but Kim just couldn’t do it. Seeing how upset Kanye was, she tried to downplay it by telling him it wasn’t personal or a reflection of how she feels (yeah, right), but that she just didn’t want to start inking up her money-maker body.

Kanye throws these types of ideas out at Kim every so often to see how far she’ll go for him. For him, it is very personal and very telling about how she feels for him. Already insecure about his so-called soul mate, this was yet another test of Kim’s love and dedication to him and their relationship. The fact that she won’t immortalize their love through a “K” tattoo has his head spinning. Ever since he heard about the derogatory comments Kim made about him that were overheard by Chloe Kardashian’s estranged hubby Lamar Odom, he fears he is being used. Kanye knows Kim that it was not until she was alone and desperate that she gave their relationship a shot. He doesn’t think they have what it takes to make it for the long haul. I guess that means Kanye now agrees with the rest of the world.

Well, I guess Kim can always say the “K” is for Kardashian if (or WHEN) she and Kanye break things off. Or, she can always find another man whose name begins with “K,” maybe even giving husband of 72 days Kris Humphries a second shot. If all else fails, I think Krazy may be quite fitting.