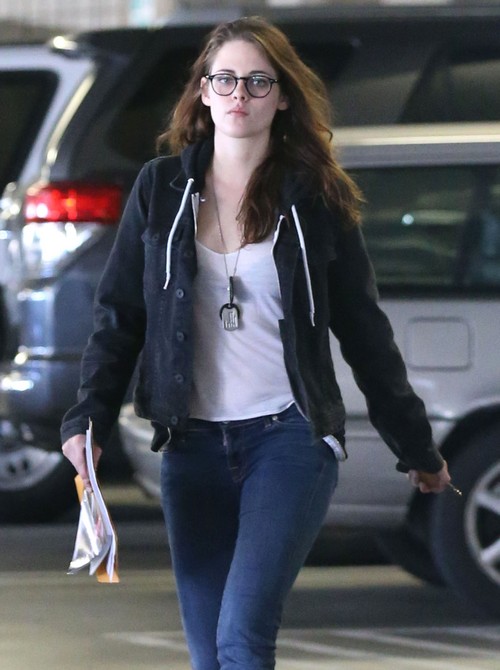 Twilight star Kristen Stewart may have allowed Marie Claire to publish a poem she wrote titled, My Heart is a Wiffle Ball, but I think she may have forgotten the beating her ex-lover’s heart took after discovering her affair with director Rupert Sanders.

Shortly after news of the affair between Stewart and her Snow White and the Huntsman married director Rupert Sanders broke, Kristen took off on a road trip meant to clear her mind after losing longtime love Robert Pattinson. With lots of time on her hands to think of the damage she left in her wake, Stewart penned a poem that she later allowed Marie Claire to publish. She read the self-described “Embarrassing” poem to the interviewer.

My Heart is a Wiffle Ball/Freedom Pole, written by Kristen, was shared by The Wrap.

My Heart Is A Wiffle Ball/Freedom Pole

I reared digital moonlight
You read its clock, scrawled neon across that black
Kismetly … ubiquitously crest fallen
Thrown down to strafe your foothills
…I’ll suck the bones pretty.
Your nature perforated the abrasive organ pumps
Spray painted everything known to man,
Stream rushed through and all out into
Something Whilst the crackling stare down sun snuck
Through our windows boarded up
He hit your flint face and it sparked.

And I bellowed and you parked
We reached Marfa.
One honest day up on this freedom pole
Devils not done digging
He’s speaking in tongues all along the pan handle
And this pining erosion is getting dust in
My eyes
And I’m drunk on your morsels
And so I look down the line
Your every twitch hand drum salute
Salutes mine …

While the Twilight actress didn’t mention any hidden meanings, or suggest any lovers this may have been written about, she seems as though she is completely over Sanders and cannot help think of pain when she thinks of him. It was exciting while it lasted, but now, she sees their time as a tragic point in her life that she wants to forget. Apparently, Sanders may not feel the same. It was recently reported that Sanders still carries a torch for Stewart and hasn’t given up on the idea of them getting a second chance.  Afraid of any more backlash, Kristen won’t touch THAT idea with a ten-foot wiffle bat!