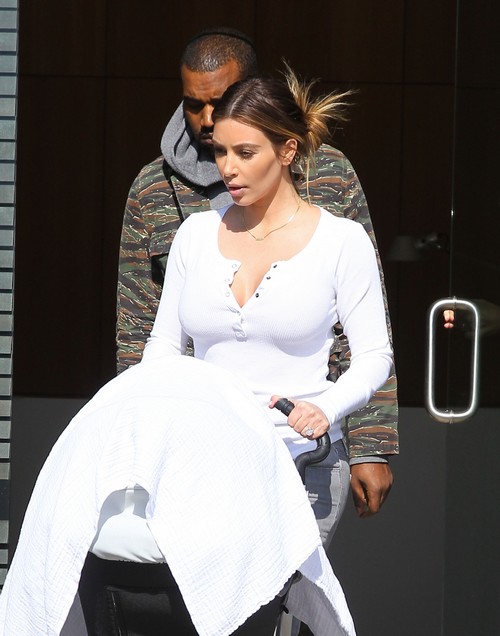 It’s no secret that the dynamics of Kim Kardashian and Kanye West’s relationship are less than healthy.  Since the pair have gotten together multiple sources have come forward and dished on West controlling the Keeping Up With The Kardashian star, and basically using her as his toy doll to dress up and flaunt around.  Rumors have been circulating for months that West revamped Kim’s wardrobe and doesn’t let her out of the house unless he approves of her outfit.

It looks like Kim Kardashian is finally beginning to stand up to her cocky and opinionated baby-daddy.  When Kim dyed her long dark locks blond, multiple magazines and websites reported that she ditched her long dark, trademark hair do, because Kanye liked blondes better.

After about a year of rocking her new blond hair, Kim Kardashian made a huge deal about dying her hair back to her natural dark brown.  And, according to Life & Style magazine, she wasn’t just switching up her appearance, she was actually sending a message to Kanye West.  A source told Life & Style that, “This was a way for her to regain some power. Kanye loved her hair blond, so the fact that she dyed it without consulting him is a brave move.  She has always been crazy about getting Kanye’s approval, but this is her way of standing up to him.”

It’s about time Kardashian did something for herself instead of mindlessly following Kanye West’s orders.  Are you shocked that Kim finally stood up for West?  Or do you think she should have revolted against him months ago?