Did Miley Cyrus’s Out Of Control Behavior Lead To Her Propositioning Her Baby Sister’s Boyfriend? 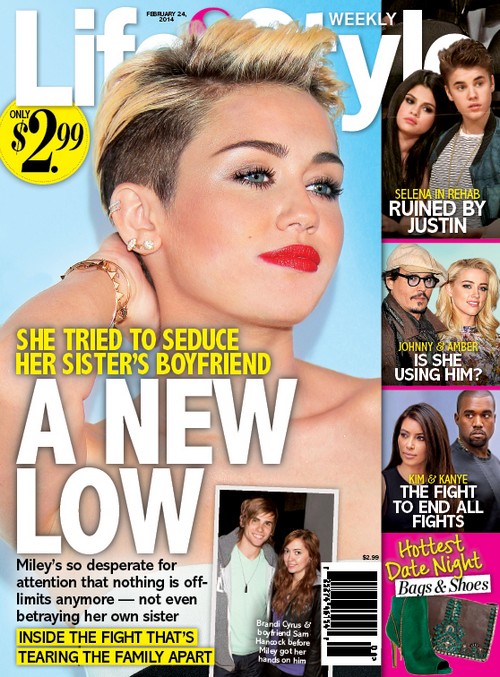 A very talented woman once sang “Don’t Advertise Your Man” and how sad is it that this song is so true. The moment friends and even possibly family see a good thing within a relationship they start thinking about how they would like someone just like that. But Life and Style are saying Miley Cyrus took her daydreams so many steps too far. A source claims that the 21-year-old star once tried to make moves on her half sister Brandi Cyrus’ boyfriend — Christian rocker Sam Hancock.

“She was trying to hook up with him and date him,” a friend of the family tells Life & Style.

The magazine believes it was Miley’s need for attention that drove her to do such a thing but I don’t know about this story. Just because I’ve seen episodes of Maury doesn’t have to mean this story is true. The mag was right when they basically called Miley a major famewhore but that doesn’t mean she would run after Brandi’s boyfriend. And if you happen to doubt me then look at it this way: Miley has always tried to keep in close contact with her family no matter what stunt she may pull. So why would she risk that in order to gain the attention of Sam Hancok. Because let’s face it – nobody in mainstream has this guy on their radar.

People don’t throw away their families for someone on the D List!