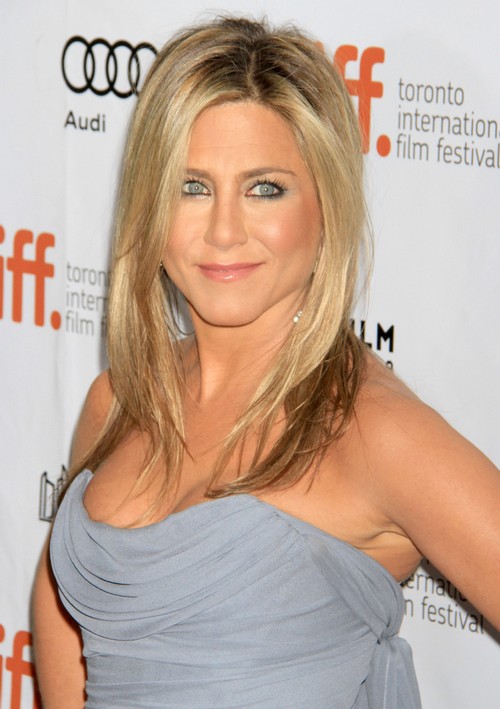 Rumors have swirling for months that there was trouble in paradise, and Jennifer Aniston and her fiancé Justin Theroux had called off their highly publicized engagement.  Despite numerous tabloid reports that their relationship is in trouble, neither Justin nor Jennifer have confirmed or denied that that they have broken up.

However, considering this weekend’s developments, it is pretty clear that the Hollywood couple have thrown in the towel and went their separate ways.  This weekend Jennifer Aniston stepped out and celebrated her 45th birthday at a dinner party with her friends, which included Courtney Cox (of course), Jennifer Meyer (Tobey Maguire’s wife), and Chris McMillan.  Her fiancé, or ex-fiance, Justin Theroux was not in attendance.  Not only did Theroux not celebrate Jennifer’s monumental 45th birthday, he didn’t even bother to pay her a visit, Theroux was all the way across the country on the East Coast during Aniston’s birthday dinner.

Earlier this week it was reported that Theroux was shopping for perfume in the West Village, and concluded it must be a birthday present for Jennifer.  Seeing as how Justin didn’t attend Jennifer’s birthday party and give her the perfume he purchased, it may mean there is another woman in Theroux’s life (and she probably smells really nice right now).

If that alone isn’t enough to convince you that Jennifer Aniston and Justin Theroux are officially over, then you should probably know that Aniston was photographed with Courtney Cox at her birthday dinner, sans engagement ring.

Do you think Justin Theroux and Jennifer Aniston are officially over?  If not then they probably should be, who skips their own fiancé’s birthday party?