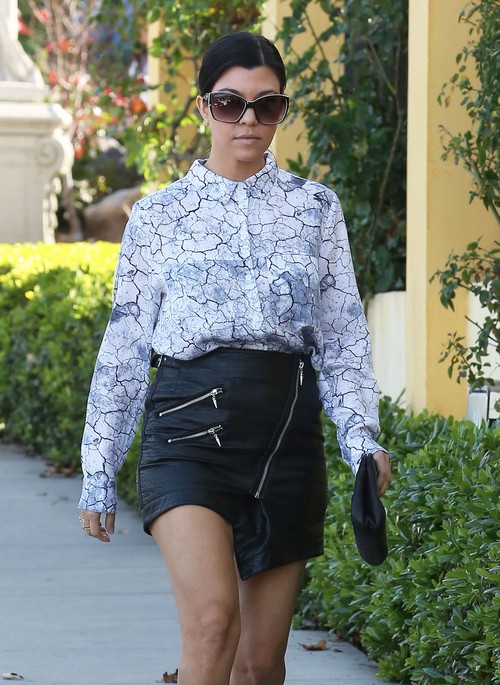 My how the tables have turned for the Kardashian sisters, Kourtney, Kim, and Khloe.  Just a few days ago reports of Kim Kardashian envying her sister Khloe’s Kardashian‘s new hot bod emerged, and stated that Kim is upset that she is no longer the “hot Kardashian sister.”  Apparently Kim is not the only Kardashian sister to have noticed Khloe’s new trim figure though.  According to Life & Style Magazine, Kourtney Kardashian has apparently reached out to Khloe and asked her little sister to help her lose 15 pounds.  So, Khloe Kardashian can officially add “Fitness Guru” to her resume, and considering her family’s reality show, Keeping Up With The Kardashians, is tanking this season, she may want to find a few more clients.

A friend of the Kardashian sisters told Life & Style Magazine that, “Kourtney used to be so obsessed with her body, but now Khloé’s in better shape.  She sees how much Khloé has lost and has used that as motivation to help her.  Khloé loves that Kourtney is asking for her help.  Kourtney gets bored easily, so Khloé suggested doing more fun activities.”

Khloe Kardashian’s older sisters have criticized her weight in the past, and on their reality show Khloe was always portrayed as Kourtney and Kim’s goofy younger sister.  It is pretty comical that Khloe is out turning heads with her hot new body, and going clubbing with celebrities like The Game, while her sisters Kim and Kourtney sit at home in their sweat pants playing house with their kids and envying Khloe.

Do you think it is sweet of Khloe to help her sister shed a few pounds?  Do you think Kourtney would actually do the same for Khloe if their roles were switched?