Kanye West Doesn’t Think He Is Egotistical and Narcissistic: Has Another Tantrum 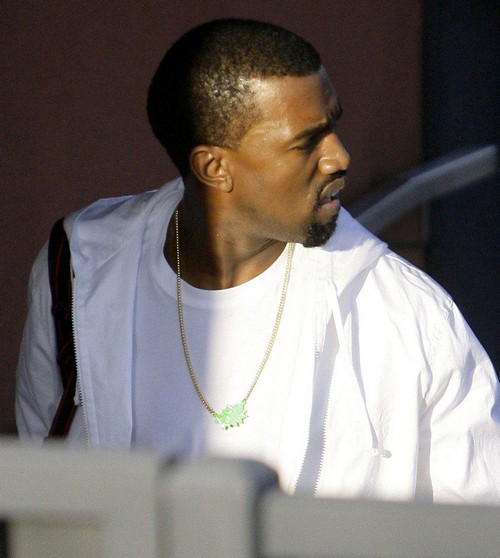 Attention! Anyone with a mirror, memory, or BRAIN, please report to Kanye West’s tour to remind him of the fact that he has made a life out of being egotistical, arrogant, and narcissistic. Apparently, Kanye forgot that he refers to himself as Yeezus, has a song titled, “I Am God,” and that he feels quite comfortable comparing himself to Steve Jobs, because he went nuts at a concert last night in PA, ranting about a recent radio interviews he had where he was labeled as egotistical and narcissistic. Wow, you’d think the way Kanye lives his life, he’d take that as a compliment.

It all started with an interview on the Breakfast Club morning radio show, who frequently blasts the rapper for his rants and overconfidence. DJ Charlemagne thank God (yes, really), an outspoken host on the show, let it all come out and handed Kanye a well-deserved plate of reality. Pretty bold, but we sure appreciate how frank and honest he was considering Kanye’s temper tantrums.

Though Charlemagne is a fan of the rapper, he boldly told him he hates his Yeezus album, telling West, “You know what makes me not want to buy your albums, this new narcissistic egotistical personality you’ve got.” (Wait…new??)

The argument got more heated when Charlemagne grilled Kanye on why his latest music revolves around money, blasting him with “You know, real revolutionaries didn’t need money to change the world. Malcolm X wasn’t rich. Martin Luther King Jr wasn’t rich. Like, I don’t understand why everything is so much about money and stuff to you.” Charlemagne, we have two words for you…Kim…Kardashian.

After likely stewing on the comments some more after he left, bitter Kanye told his fans at a recent concert “If I go to a radio interview, SHUT THE F*** UP!! Diss me, talk sh*t. What the f*** did you do? What have you done with your mother**kin’ life, Charlemagne? Sway?” TMZ reported. Apparently, he had another uncomfortable interview with DJ Sway and took his anger out on him as well. For someone who is supposed to be so rough and tough, Kanye sure breaks down when he’s called out on the truth. So, do you understand that radio hosts? Kanye would like you to shut the f*** up when he graces you with his presence in an interview, because he is not the egotistical person you think he is. That’s about as fake as his girfriend’s……[YOU FILL IN HERE]