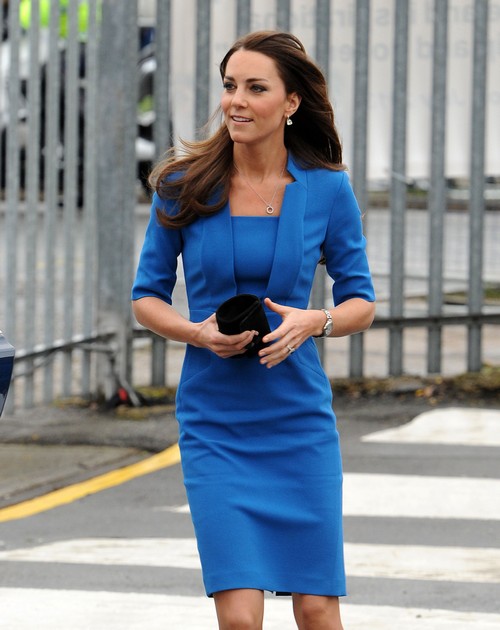 Despite all of the rumors and drama surrounding Kate Middleton and her hubby William, Kate stepped out this morning as if nothing was wrong.  How royal of her!  She sure knows how to pull it together and put on a fake smile for the people of England.

Kate was photographed today officially opening the ICAP Art Room at Northolt High School, Ealing in London, England.  The Duchess of Cambridge was all smiles when she arrived in a royal blue dress, looking healthy and energetic.  Looking at Kate you would never know that her marriage was in supposed trouble, and she was allegedly bickering with Prince William over having another child.

Multiple media sources have claimed that the Duchess of Cambridge is pregnant with Prince William’s second child, but judging from the photographs of Kate that were taken today, that is not the case.

Are you as impressed as we are at how maturely Kate Middleton is handling all of these rumors about her and Prince William?