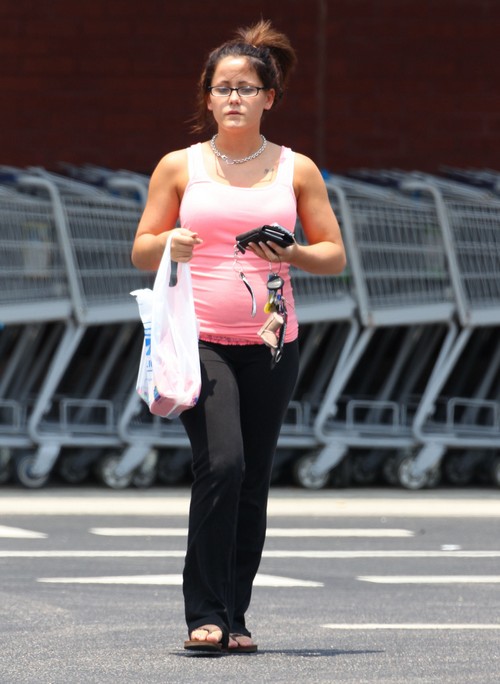 Since Teen Mom 2’s Jenelle Evans announced her latest pregnancy with her current boyfriend Nathan Griffith (despite the fact that she is still married to Courtland Rogers) rumors have been circulating that the trouble reality star was still using drugs.  Jenelle has slammed all allegations on Twitter over and over that she is not using drugs while pregnant, but Teen Mom fans weren’t buying it.  Today, proof surfaced that Jenelle has indeed been using drugs during her pregnancy!

According to Radar Online Jenelle texted her friend and stated, “We can smoke and chill on a huge f—–g blunt lol.”  The friend of Jenelle’s went on to tell the website that, “When Jenelle runs out of weed she will drive from her house in Myrtle Beach, South Carolina to Brunswick County in North Carolina, which is a 2-hour round trip to buy $120 worth of weed.”

This isn’t the first time since Jenelle Evans announced her pregnancy with Nathan Griffith that a source has come forward and claimed she was smoking and drinking with a bun in the over, but it is the first time they have actually had proof to back up their allegations.

Jenelle completely denies smoking weed while pregnant, denial much?  She took to Twitter this morning after Radar broke the story and tweeted that they “bought fake screen shots.”  Considering this is not the first time sources have come forward and said Jenelle was smoking weed while pregnant, and the fact that Radar specifically states in their article that they verified the text messages come from Jenelle Evans’ cell phone, we aren’t buying it!

Are you guys shocked that Jenelle Evans is still doing drugs, despite her pregnancy?  Or does nothing shock you anymore about the troubled Teen Mom star?