Abby Lee Miller Accused of Being a Rabid, Biting Dog 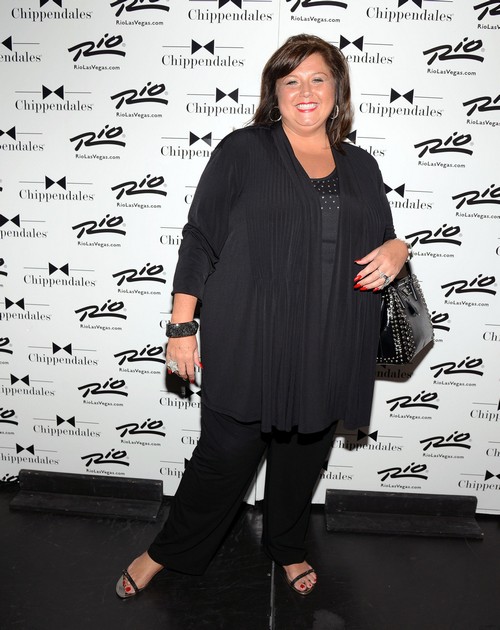 Abby Lee Miller, the famously brutal dance coach and studio owner of Lifetime TV’s Dance Moms, has just been compared to the likes of a lioness by Kelly Hyland, a former dance mom featured on the hit show.

The battle started when Abby and Kelly had it out in a heated argument after Kelly threatened to pull her girls out of the show they were set to perform in and Abby, clearly fed up with dealing with the mom, asked the girls directly if they wanted to leave. The poor girls felt conflicted. They wanted to stay and dance, but, after months of Abby threatening to replace several girls on the team, wanted to stand by their mother who had had enough of Abby’s threats. Abby continued to try to force an answer out of the girls when Kelly completely lost it. “Eyes bugging out of her head” kind of lost it. After Kelly blasted Abby, the two got in each other’s face in front of the other moms and all of the kids. Kelly started pointing her finger in Abby’s face, and Abby mocked like she was going to bite her finger if she didn’t stop. Kelly, in turn, slapped Abby and pulled her hair. Kelly was quickly whisked away from the scene as a couple moms warned her Abby was calling the police.

There was later a warrant issued for Kelly’s arrest, and she was booked in November 2013 for assault and harassment. Now, Kelly is fighting back and she has her heart set on a big payday. Now, Kelly is claiming she was only acting in self-defense after Abby, whom she describes as a “very large woman” who “weighs around 300 pounds,” was “gnashing her teeth loudly attempting to bite [me],” TMZ reported. As a result, she is suing Abby and show producers for assault, defamation, and breach of contract. She is asking for an additional $5 million in punitive damages.

Tell us what you think Hollywood Hiccup Fans! Did you see the fight? Weigh in on how you think this battle will end!