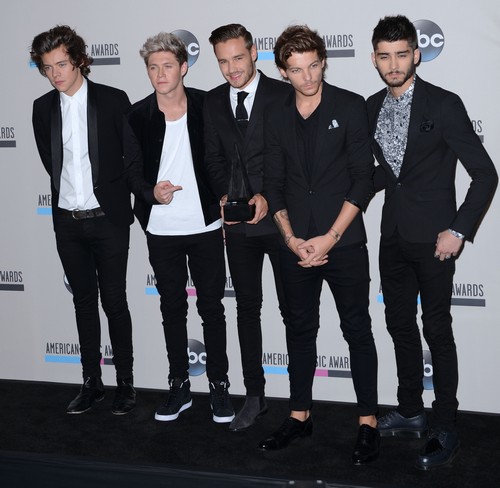 This is not the first time that rumors have emerged that One Direction, the popular teen band, is filming a reality show.  However, this time there may actually be some merit to the rumors.

Simon Cowell recently dished on the possible One Direction reality show at Britain’s Got Talent auditions last week.  Here’s what Cowell had to say about the band, “I think there’s something in the works, a possible TV show. We’re going to be talking about that in the next couple of weeks.  They’re always busy these guys. But the important bit is they’ve got a new album out this year.”

Before hundreds of thousands of crazy teen girls go into a frenzy over the potential One Direction reality show, we should probably point out that Cowell was extremely vague about what kind of TV show was “in the works.”  It really may be a One Direction reality show.  Or, he also could have easily been referring to some sort of “Behind The Music” special, or a televised documentary, or even an appearance on another popular TV show.  Just because Simon said a TV show is in the works, does not definitely mean it is a reality show.

One Direction has a lock on the boy band market and has hundreds of thousands of devoted fans, filming a reality show seems like almost a step backwards for the popular band.  Most bands film reality TV shows to increase their following or promote their music, and One Direction does not have any problems in those departments.

Do you think One Direction could have a reality TV show “in the works?”  Or, do you think that they have already achieved super stardom, and a reality show would be taking a step backwards?