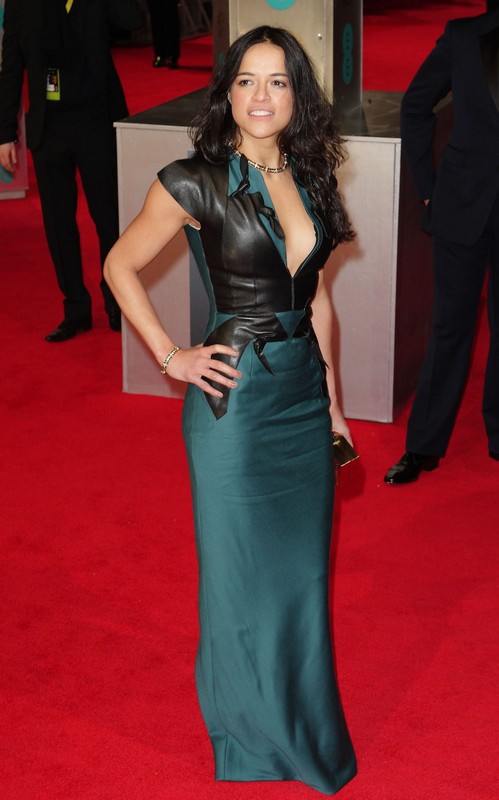 After weeks of speculation and public displays of affection, Michelle Rodriguez seems to confirm a relationship between she and model Cara Delevingne. Rodriguez, 35, confirmed to Daily Mirror that the two are, in fact, an item.

When asked about her relationship with Cara, 12, Rodriguez shared, “It’s going really well. She’s so cool.” Not that we are surprised. The two have been openly sharing just how much they like each other almost every chance they get. In early January, Rodriguez appeared drunk at a New York Knicks game where she and Cara joked around, leaned on one another, and even made out for a while. This was courtside, of course.

The two were spotted exiting a Prince concert in London on Monday night. Michelle has confirmed in the past that she is bisexual, and tells the Daily Mirror of Cara, “When we started hanging out I just thought she was awesome, and we have the best time together. She’s hard though. You wouldn’t want to mess with her in a fight.”  Yes, qualities most 35-year olds look for in a mate, right? well, if Michelle is looking for a good fight, perhaps she’ll get what she wants. It was reported previously that Rihanna had taking a liking to Cara as well, and until recently, the two had been inseparable. In fact, the two were together for New Year’s Eve, celebrating in Rihanna’s hometown of Barbados.

Tell us what you think! Who makes the better couple? Do you think Cara and Michelle will make it as a couple?