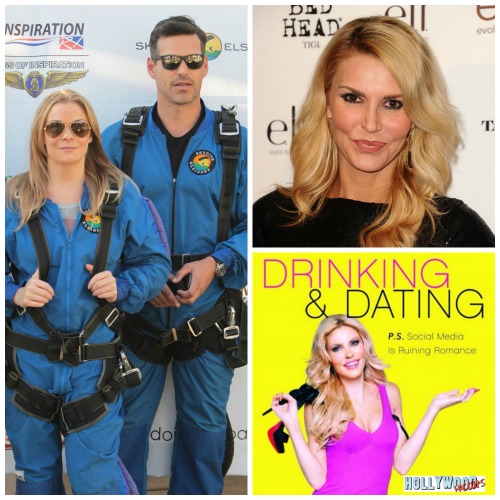 Real Housewives of Beverly Hills star Brandi Glanville is delusional if she thought she could slam Leann Rimes and Eddie Cibrian in her recent book without them retaliating.  If there is anything we have learned from the never-ending feud between Brandi and Eddie and Leann, it’s that there are no boundaries and no lows the immature adults won’t sink to.

Just days after Brandi’s latest tell-all book, which could easily be retitled “Brandi’s Eddie and Leann Burn Book,”  Brandi took to Twitter and made a surprising announcement.  Brandi ranted on Twitter this week that Eddie had the nerve to come after her for child support.  Yesterday Brandi tweeted, “I’m not taking cheap shots at me ex husband in my new book, because it is all true.  And now Mr. Fancy new cars and house man is asking ME for child support.”

Brandi has stated in the past that Eddie hasn’t had to pay child support because the court decided that he doesn’t make enough money.  He may live with millionaire Leann Rimes, but her income isn’t taken into consideration.  (Ironically, Eddie and Leann are currently in the Bahamas on vacation, because that’s what people who can’t afford child support do in their free time.)

A lot of Brandi’s fans voiced their concerns on Twitter, and agreed with her that Eddie coming after her for child support is a low blow, especially since he and Leann are clearly not hurting for cash.

There is always a chance that Brandi Glanville is exaggerating, or flat out making the child support story up.  This wouldn’t be the first time that Brandi fabricated drama to share on Twitter.  It’s hard to believe that Eddie and Leann would really want some measly child support payments, when they can afford to jet off to the Bahamas.  But, then again considering all the things Brandi said about Eddie and Leann in her most recent book, it wouldn’t surprise anyone if they took her for court for child support to retaliate.

Do you think Eddie Cibrian is wrong to take Brandi to court for child support payments?  Or do you think Brandi Glanville made the entire thing up just to create a stir to help her sell her new book?